I give these reasons based on my own experience.

This is how a Brazilian Blowout is promoted. 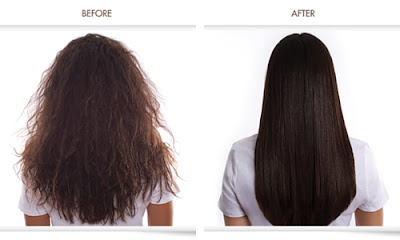 But looks can be deceiving. After all, ads are meant to hook customers.

Before I continue, in case you're not familiar with a Brazilian Blowout, here is how the official website describes it.

Brazilian Blowout professional smoothing treatments are the most innovative and effective in the world.

Through the use of breakthrough bonding technologies, these customizable smoothing treatments actually improve the condition of the hair by creating a protective protein layer around the hair shaft to eliminate frizz and smooth the cuticle.

Customizable – keep curls and lose frizz or achieve the smoothest result possible.
No Down Time – leave salon and immediately wash hair, exercise, put hair in a stylish pony tail or clip without worry.
Great for All Hair Types – curly, kinky, coily, frizzy, fine, damaged or coarse, we’ve got you covered.
No Change to Curl Pattern – after about 12 weeks, natural curl pattern returns.
No Line of Demarcation with New Hair Growth – great for transitioning from Japanese straighteners, relaxers or other keratin treatments.
Treatment is Finished at Salon – after about 90 minutes, you leave the salon with smooth, frizz-free hair for up to 12 weeks.

Here's why I say you shouldn't get a Brazilian Blowout, especially with the description above in mind.

Before, I had to tie my hair in a ponytail all the time - unless I wanted to look like a wildling. 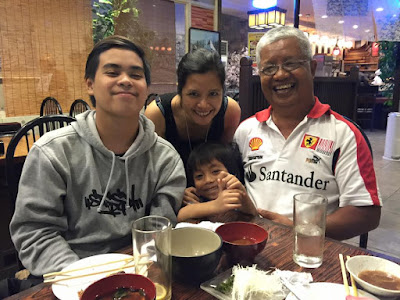 This was my hair a couple of hours after the treatment. It's not so clear as this was the only photo I had that day, but you can see it's straight and smooth. 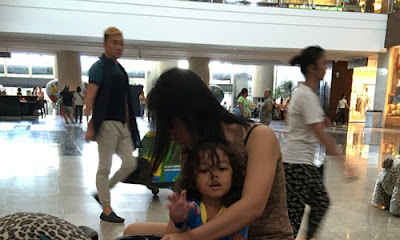 It was still good after several days. (I'm the one wearing black and white.) 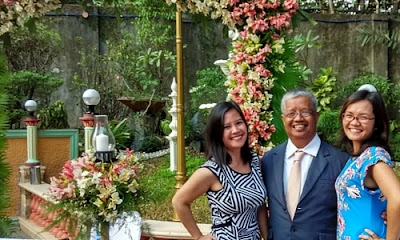 But here we are a week later. 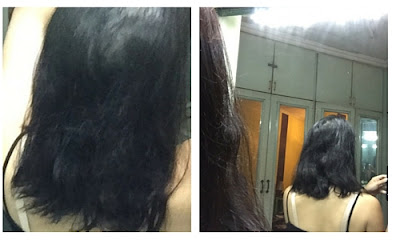 Actually, I had noticed this a few days ago, but I decided to wait till now to take photos. I expect it's just going to get worse from here on out.

Now, I have to expound on my statement, which I admit is sweeping.

I bought an Ensogo voucher for a Brazilian Blowout at Envy Me Salon, which is supposed to be the best (and first certified, if I'm not mistaken) place to get the treatment done. I bought the deal believing that it would tame my hair, which is not unlike Osha's in its natural state.

It used to be that I got regular rebonding treatments - maybe twice a year, but recently, my hair has been shedding way too much. This is another reason I opted for the Brazilian Blowout.

Given all I have read about the treatment - and believe me, I did a LOT of reading as I didn't want to spend all that money on something that would not work - I was excited to pay Envy Me a visit.

Well, we see how that went.

To be fair, the guy who did my hair gave a disclaimer from the get-go. He said that it won't work that well on my hair, that it would smoothen the frizz a little but the "dents" and "waves" would remain, plus "it's just a treatment, so it won't last long".

However, he did say it would last for two months.

Disappointed as I was (because of my expectations), I had no choice but to go ahead. I had paid for it after all.

I don't really blame the salon. They told me what to expect before they did the treatment. It's the whole hype and how the treatment is being sold.

So what now? There are people who swear by Brazilian Blowouts.

I think it all boils down to your natural hair type. If you already have straightish hair, and just want it to be less frizzy, then I suppose the treatment will work wonders.

However, if you've got wild hair like mine, it's a waste of your time. That is why I say don't get a Brazilian Blowout. You can use that money on something more satisfying like a whole day at The Spa or a bit of shopping at La Senza.