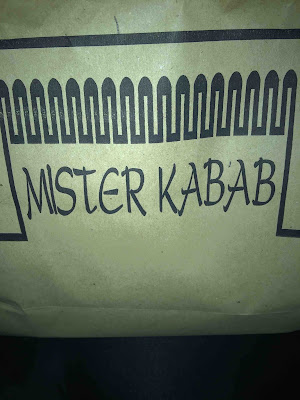 Maybe less than that - maybe 7 or 8 years, but it still felt like flipping the pages of a book backward. I had gone to a PETA play (3 Stars and a Sun) with my sister and her husband, and of course, food was part of the night.

Since the play was somewhere in Quezon City - where we all lived for many years way back - we had our favorites, and it was really no surprise we decided on Mister Kabab.


The question, though, was whether it was just as good as it was (or how we remembered it) - although at that point, we were just so hungry that anything would have been delicious.

So order old favorites we did.

As usual, I went for the beef kabab mix - one stick of minced (chelo?) and one stick of regular cut - plus pita. 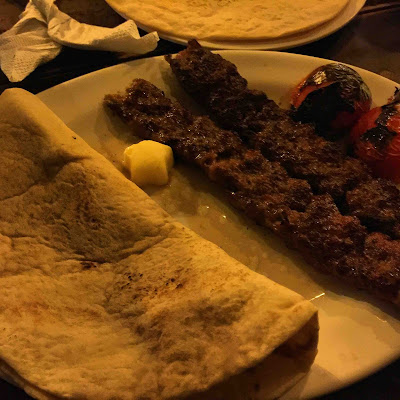 Then there was the sizzling keema, chicken kabab, and pita with yoghurt-spinach dip.

Was it just as good? I think so. I would have eaten more if it wasn't that late - and I wasn't too full.

I just don't remember the prices anymore, but while they might have increased (surprising if not), the range was surely acceptable since I don't remember being outraged. ;)

In case you haven't been, Mister Kabab can be found at: