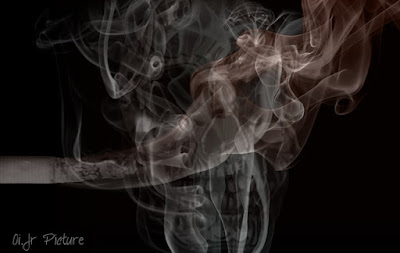 It's been a little more than two months since I had my last cigarette, and I wish I could say that everything's been fine and dandy. That I've never felt healthier my whole life.

Quite the opposite in fact.

As I mentioned in my Week 1 post, it was easy at the beginning. Then came Week 2, which was rather tough. My last entry about quitting smoking was Week 3, which was all over the place - I was both excited and struggling a bit.

Two months and some run-ins with health issues later...

One would think that, when you stop smoking, you'll feel all healthy and energetic. At least that's what I thought, but nope. That hasn't really been the case at all.

Chest cough
Stop smoking and make your lungs happy! I guess my lungs were so happy that they decided to get sick. According to friends who have gone through "quitting smoking", this is normal, since the body is getting rid of the toxins.

I also read it on the Internet, so it must be true.

In any case, I was miserable for a couple of weeks because of this. Thanks, but no thanks.

Lethargy
Not that I am the most energetic person in the world, but I didn't expect to be more lethargic. But, again, they say it's normal.


As much as I love the beat of U2's Vertigo, the real deal is one big sucky thing that is a mess composed of uncontrollable swirling and heaving. You do feel the beat of a massive headache, though.

This is probably not related to not smoking, but who knows? I didn't know I had vertigo until I was vomiting my guts out for hours on end...this episode ended with me having to stay at the hospital, by the way.

The last time I was in the hospital was when I had pancreatitis, and that was horrible. I was so traumatized by that so much so that when I started vomiting last week, I was so terrified that I was having another pancreatitis attack. Thank goodness it wasn't that.

Don't get me wrong. I don't regret my decision to stop smoking. I am in fact looking forward to every day that I don't smoke so that I can mark milestones - 3 months, 6 months, a year, the rest of my life...

It's just that I didn't expect one unhealthy episode after the other once I stopped smoking.

Anyone had the same experience? What did you do to deal with it?