This self-proclaimed mall-hater found herself at the mall the second time in a month. On a rainy Saturday afternoon. The weekend before Christmas.

There's a perfectly rational explanation for this, as I met up with the person buying my PS3. (I've been selling stuff that has been serving as dust collectors in the past months/years.)

So I found myself at the mall after the meetup.

I needed to buy some essentials anyway. But you know how that goes...well, I didn't, but now I know.

First I got what I really needed - toiletries and pampering items that I cannot find at the supermarket where I usually go.

However, before I knew it, I was going into stores.

The NBA Store was a no-brainer. I was like a kid in a candy shop! The only downside was that there was but a handful of Spurs merchandise, and none of them really caught my eye (except some onesies). Better to buy from the online store.

Then there were the musical/audio stores. Window shopping was what happened there as prices were incredible (not in a good way), plus novelty instruments like a jaw harp weren't available - and these kinds are the only thing I can think of buying at the moment.

Then I struck gold.

Cinderella had a mega sale. It all went downhill from there. Or, should I say, my wallet became thinner and thinner.

They were all necessities, though. Like the Song of Ice and Fire Calendar 2016. 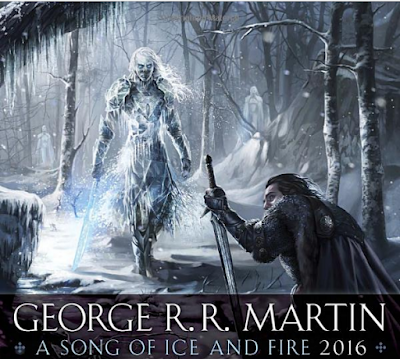 I've always had this every year on my wall, so there's no excuse not to get one for next year, right???

I've got a feeling I won't be doing this again any time soon, though. Traffic - both human and vehicles - is just too much to handle. Plus my bank account just can't handle it...was a pretty fun self-date, though.