The Quest for the Best Apple Pie in Manila: First Stop - Mom & Tina's

I've always had a sweet tooth, and I honestly can't say what my favorite dessert is. One thing I can say, though, is that I would never say no to Apple Pie.

The sad thing is, I haven't had an Apple Pie that makes me feel like angels have just scattered pixie dust all over my tongue. Hence my search for the best Apple Pie in Manila.

One of my go-to places for Apple Pie is Mom and Tina's.

I used to visit their branch along C5, but this new one is nearer to where I live now, and the other week, I just had to walk over there to have some pie. 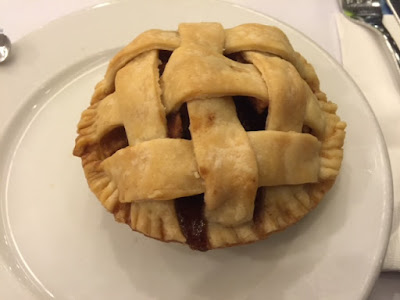 They have French Apple Pie, but I decided to go for the American Apple Pie, which I have had before. It's been a while since I had it, but I had been craving for pie for weeks, so I was very much looking forward to it.


Mom & Tina's American Apple Pie has a flaky crust, which is good, but it was a tad too dry. The filling is nicely flavored although I would have loved it to be a little sweeter.

I'd say that this isn't the best Apple Pie in Manila - I'm sure there is something better out there - but it's a good default when I can't stop my craving.

I like this appetizer, the highlight of which is the queso de bola (Edam cheese) spread. 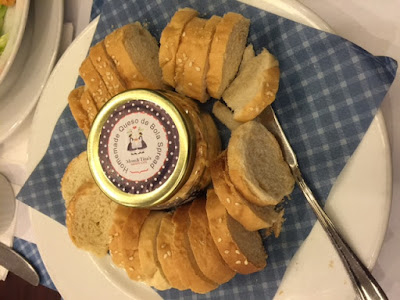 Their turkey plate is also good, by the way, as well as their cheesecakes.


I'm obviously not done looking for the best Apple Pie in Manila, so if you've got any leads, hit me up!
Reactions: