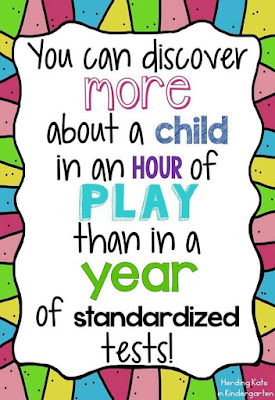 I love my nephews to death, and while I am that stereotypical doting aunt who lets them get away with everything - well most of the time - now and then, I am also sensible when it comes to proper "parenting".

The other day, my sister shared the photo above on Facebook. I am probably biased, but my nephews are on the higher end of the intelligence spectrum. And I suppose that allowing them to play on their own, drawing on their imagination has a huge role in that.
Four-year-old Eli, for example, has this way of "being" someone - or something - else. He has these moments when he'll just be rolled in a ball on the grass moving, saying he's an armadillo. True story - my sister told me this happened in school and the other parents were saying to stop him as he would get dirty and all that. When they were told what Eli was doing, their reaction was along the lines of "what a weird thing to do".

Then there's his penchant for drawing - just like any other child, I suppose. The thing is, he's pretty much left alone with what he wants to do.

One time, in Sunday school, they were asked to color a picture of Jesus and the blind man. You know what he did? He colored the blind man green and said it was a zombie and that Jesus kills zombies. 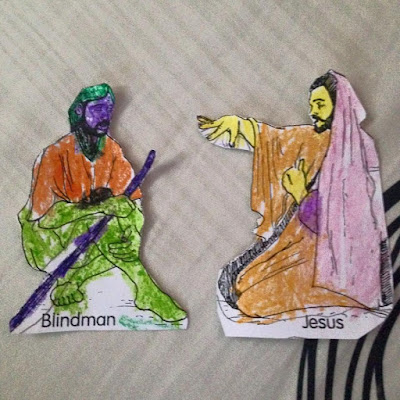 These anecdotes are but an indication that children should be given as much free reign as possible when it comes to play and creativity. More so, they need to learn early on to take on responsibilities. This will shape them into responsible, well-adjusted adults.

Teaching responsibilities can be as simple as throwing a candy wrapper in the trash instead of leaving it on the floor, packing up their toys when they're done, or eating their vegetables (if they don't like that).

They should also be provided tools and rewards that will encourage them: their own Sketchpads (old school paper ones) and personalized pencils for kids for creative activities.

Of course, there's also the outdoors. More than iPads, coloring books, writing pads, and pens, items like balls, bikes, scooters, and similar things should be part of the arsenal. 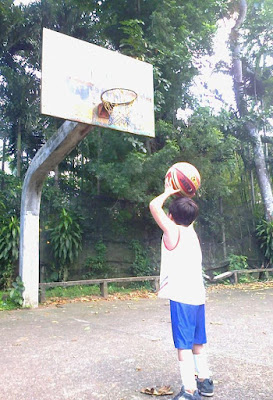 That's Sam, the eldest, who couldn't stand up on his own at age 8 or 9. With therapy and lots of support, look at what he's doing now. (He's got someone right behind him to catch him in case he falls.)

I don't know why I'm thinking and writing about children when I don't have one - nor do I plan to have one. Perhaps because I have been feeling low lately and thinking that life is borked. Then I think of the children.