January 29, 2014
Discovering new places to eat and hang out is something we all enjoy, and while I can't eat as much as I used to, there is one go-to food that I know won't trigger an attack: sashimi and sushi!

One of the things that I disliked about moving to another city is that my favorite Japanese fusion restaurant doesn't have a branch here. Last week, we discovered something even better: Little Tokyo, which is walking distance from where we live!

Sure, I break a sweat on the way, but that's a side benefit anyway!

There are many restaurants in Little Tokyo, naturally, but we settled on Nodasho, mainly because it had empty tables. I wanted ramen, but eventually ended up with a sashimi platter. 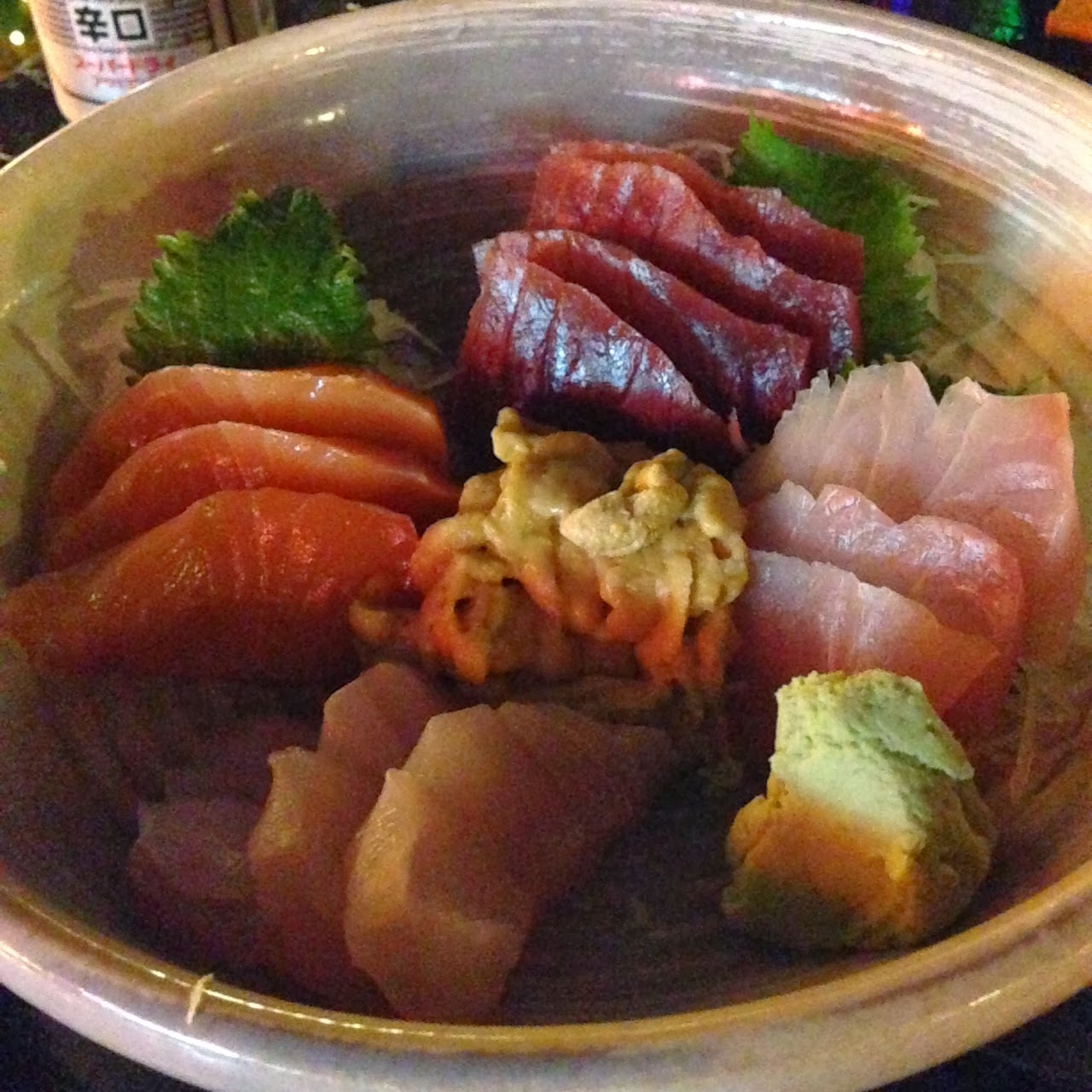 Salmon, tuna, uni, and two kinds of white fish which I am not familiar with...plus a hefty lump of wasabi. All this for a little less than PHP1000, and the fish was the freshest I've had in the city! So yes, will definitely come back.

They give you a little bowl of potato salad as a free appetizer. Really small, but hey, it's free and it's not meant to fill you up anyway. The flavor? Nice blend of sweet, creamy, and salty. I wouldn't mind having it as a main course. 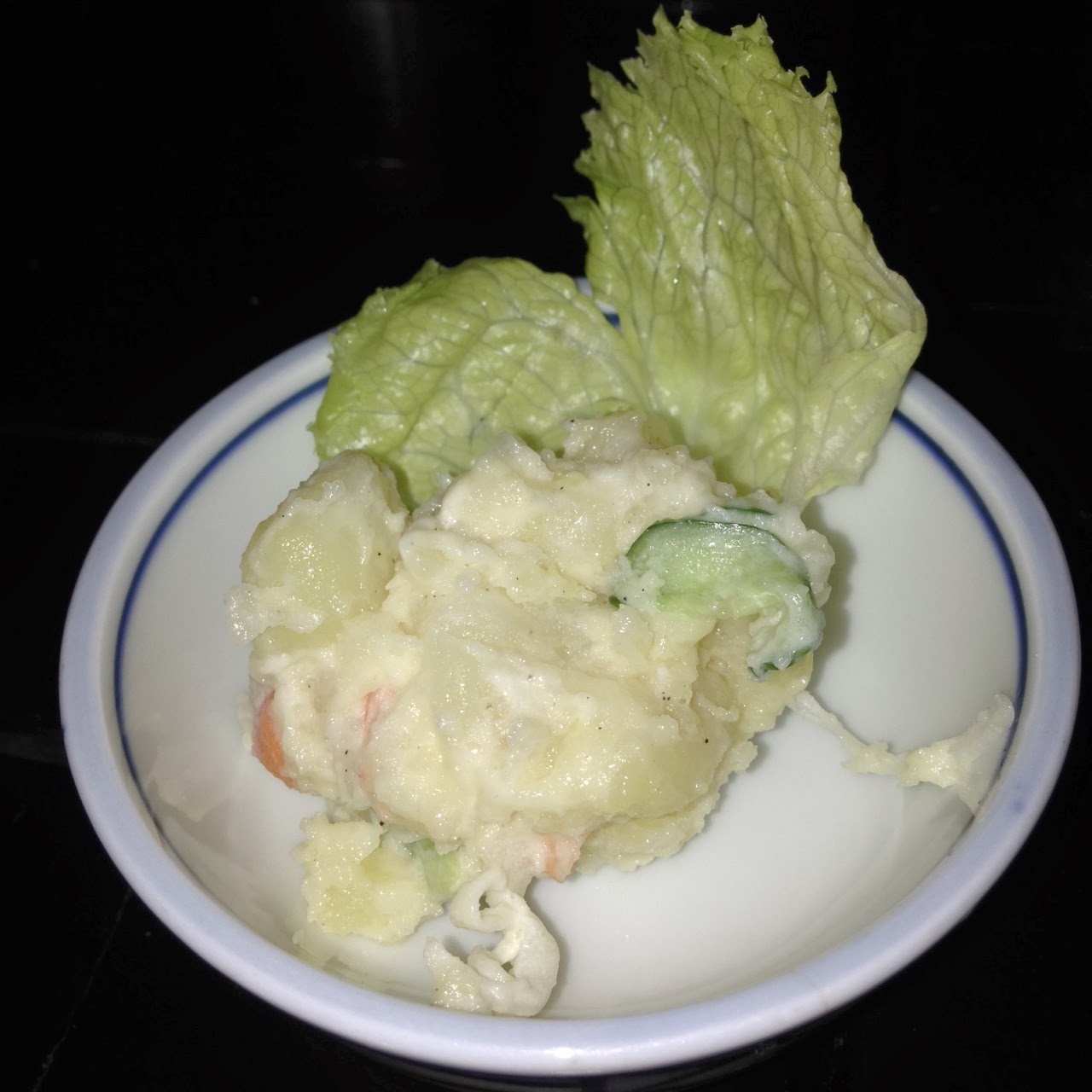 There was a bit of comedic relief as well, poring over the menu. 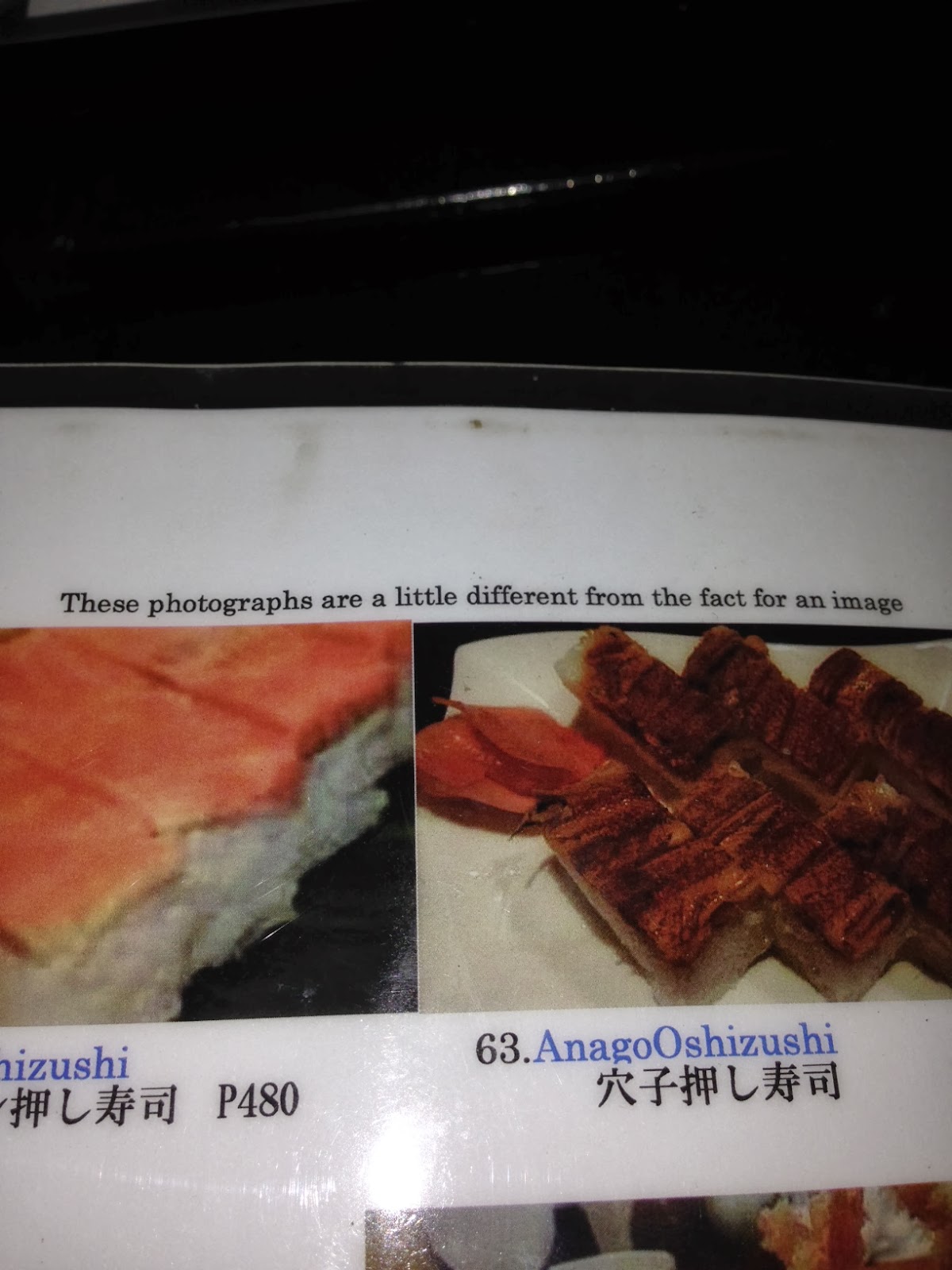 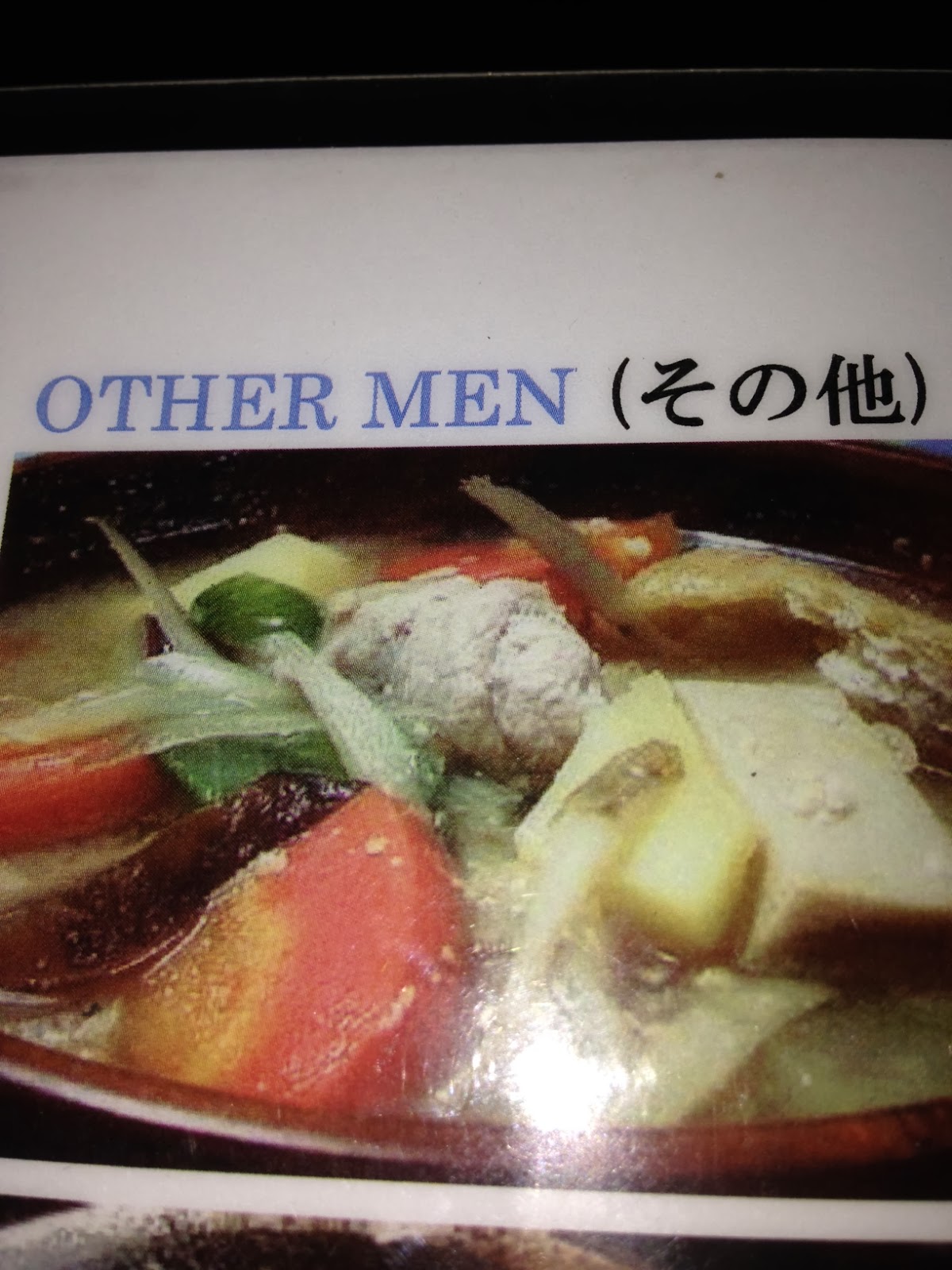 Yup, I have a feeling that I'll be going back to Little Tokyo soon.