July 15, 2013
So my yearning for a ukelele has somehow abated. Somehow.

So there I was on a Saturday afternoon...
Instead of basking under the sun, gazing at the sea, and feeling the sand between my toes, I went out into the concrete jungle. The day started out rather well in spite of the heavy city traffic, which I thought was photo-worthy. Saturday morning city traffic!
Next stop: the "new" Harley Davidson shop along EDSA.  There's a redneck inside all of us, I think, and stepping into this shop will surely bring that out! 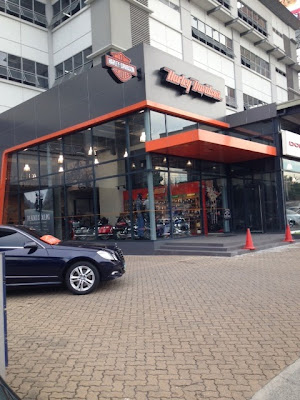 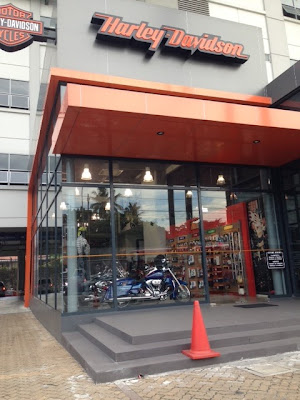 As much as I wanted to ride a bike out of there, I just couldn't spare a million - minimum. They do have some nice accessories and apparel, though not a lot for women.

Concrete jungle notwithstanding, Manila does have some interesting shopping centers, and Greenhills is one of those. Interesting, because you can find everything there, and it's supposed to be cheaper. The thing is, I (almost) never find anything to buy. Too many choices tend to swamp me!

The good news: the LTE is impressive. 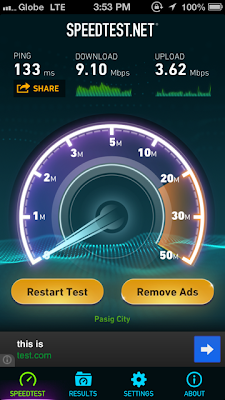 And, there are a lot of choices when it comes to food. For some reason, we found ourselves at Banana Leaf, wanting Nasi Lemak. It's nothing to write home about, but if you feel like eating out of a banana leaf, then that's where you should go. 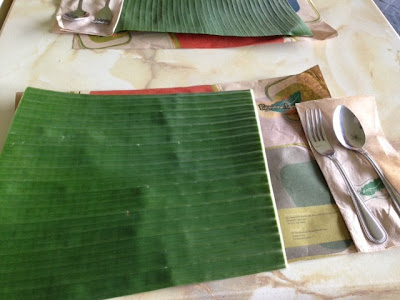 Nasi Lemak and Chicken Satay for breakfast. Not bad. Especially if topped off with some Vietnamese coffee!
And because I can't stand walking around non-stop, there had to be a pit stop, complete with a bunch of greenery. 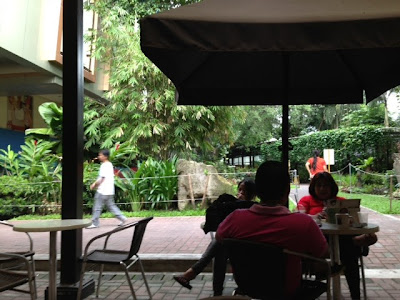 And that's when the proverbial shit hit the fan. I don't want to dwell on it, but the short of it is that we had a run in with pickpockets, and they won. A month-old iPhone 5 was the prize. I shouldn't have even mentioned it now, because even more than a week later, I still get pissed off, thinking of malleable iron crank handles and non-PC ways to use them...

What else can you do but go home and seek comfort in the epitome of concrete jungle food? Yellow Cab Four Seasons. 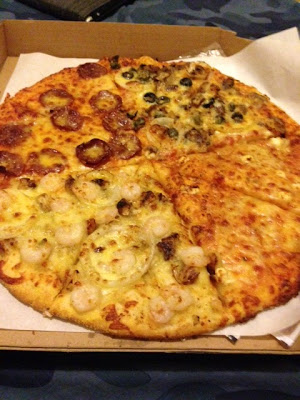