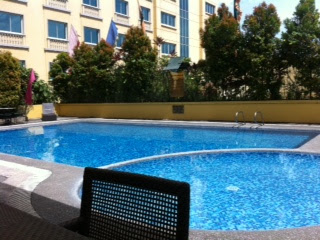 Davao is one of the cities in the Philippines that I had always wanted to visit, if only to experience the renowned peacefulness there. The Duterte family has been ruling the city for decades, and their strict methods have resulted in Davao being one of most desirable places to live in the country. Imagine how much fun that could be for a visitor!

So when I got the chance to go there for a weekend, I didn’t really hesitate. I would pay (and am paying) for that weekend in more ways than one, but it was a good experience. To deviate from the usual way of how I write about my trips, I think I’ll do that things I like about [insert place] here thingie. Here they are, in no particular order.

And I mean genuinely friendly and helpful. As far as I could tell, majority of the people I encountered - in the hotels, restaurants, sari-sari stores, markets, and streets - were all, for real, eager to converse and offer their help if asked. During this trip, I gathered more numbers from taxi drivers than I have ever had. They were all really nice and offered their numbers in case I wanted a driver. Of course, one could argue that they were doing PR, but I never got ripped off by a cab driver, and most of the time, I was offered change back. Even if it was only a few pesos.

Security guards, vendors, and waiters - name it, you’ll find someone to talk to in Davao. You have to understand that this is coming from someone who shies away from talking to strangers. With most of the people I encountered during that trip, though, I felt comfortable enough to not only get a conversation going, but also to keep it going.

I think that I will forever remember Davao as the city of buffets. Wherever you go, you’ll find one kind of buffet or another. I am not talking about the mandatory breakfast buffet at the hotel, which was good by the way. Once you go out of the hotel, though, you will not suffer for a lack of places to eat. Not all of them offer eat-all-you-can buffets, but there is quite a lot of those establishments. 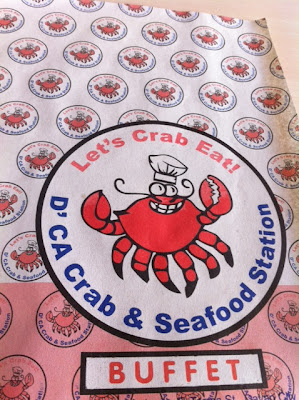 I was forced [wink, wink] to try out Let’s Crab Eat! for lunch (breakfast, really) one day. Despite my allergies, I was not able to resist. 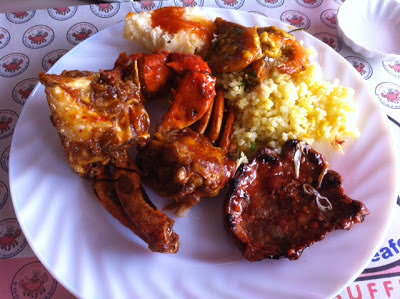 The price tag of PHP350 (less than USD10) was just ridiculously reasonable for a spread with crab, shrimp, pork barbecue, noodles, and so much more that I cannot remember. 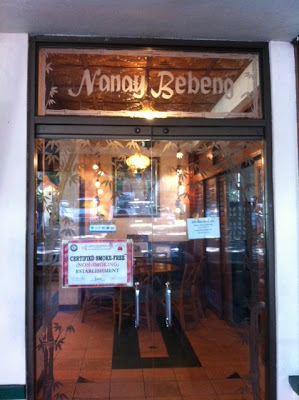 My last meal in the city was also at a buffet featuring Filipino food. Was I in heaven! They had a lot to offer, but the best dishes were the grilled marlin and kare-kare (ox tripe, beef, and vegetables in peanut sauce). Those two alone were worth the PHP325! 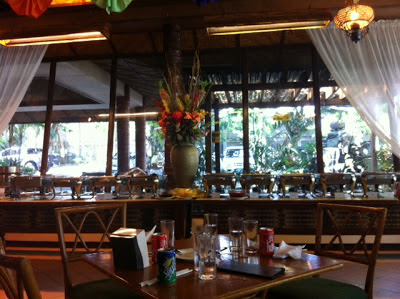 The traffic. Or lack of it.

This is not to say there aren’t times when the traffic is heavy. I experienced it once or twice the entire weekend, I think. Considering that those four days in the city were practically spent on the road, that’s not bad. I don’t know if it was all in my head, but it seemed that the drivers were actually disciplined and didn’t swerve and keep changing lanes.

I am not a big shopper, but I do make it a point to do more shopping than usual when on a trip. Everyone who gave me tips about Davao mentioned one place: Aldevinco Market. I love how close it was to our hotel. I actually walked back from the market each both times I went there.

It reminds me of the Ben Thanh Market in Vietnam, but with only clothes, bags, scarves, and other apparel. What I like about it is that while the shopkeepers called out to customers, they weren’t pushy at all. And, when you decide to step in and take a look at their wares, they were really helpful. I also like how I was able to practice my haggling skills! Also, it was a pleasure to actually find dresses and shirts that one would not find in the usual bazaars in Manila.

This I saved for last because I am feeling ambivalent about it. One the one hand, I think it’s great that they have been able to implement a smoking ban all over the city. I am pretty sure it contributes to the relatively smog-free conditions down there.

On the other hand, I think they might be going a little too far. Sure, I am probably biased being a smoker, but I think there should be designated areas where people can smoke, especially at the airport. Yeah, the entire place is non-smoking, so if you are planning on going to the airport early and kill time there, forget it.