What Happens I Deviate From Habit

October 07, 2012
People who know me will say that I am very much a creature of habit, and I will be the first to agree. Still, I have my "adventurous" moments. Oftentimes, the results are awesome with no negative side effects. There are times when I do have to face some consequences. And then there are the times when I can't tell.

At the beginning of this weekend, though, I had one of those "deviate from habit" moments, and I jumped into the water...and that piece of plastic got whipped out again. 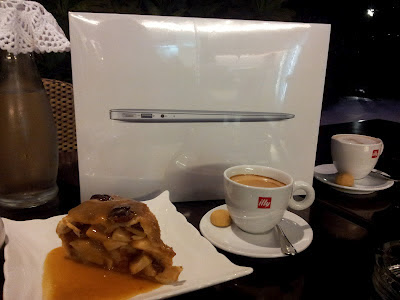 I could have done a lot worse, if you think about it. I could have bought something as awesome as floor fountains...awesome they would be, except that I don't even have enough room to get dressed without tripping all over myself and my stuff in the bedroom. Or, I could have bought a car that sounds and looks good, only to crash it parking.

Yeah, I could have done worse. The best Apple Pie in the city and a cup of brewed Illy at midnight is not at all bad.