October 12, 2012
I was almost raving about AK Bistro at One Rockwell the other day, and based on my experience at that point, it was all justified. I think I have to temper my enthusiasm a tad, though.

Yesterday was a great day, and there was more than enough cause to celebrate. Since we were in the area anyway, AK Bistro was where we headed for dinner. Now, I am a callos enthusiast, and so far, the best callos I have had is from Cucina Victoria, which is at PowerPlant Mall.

Anyhow, the two dishes last night were simply "okay". And with the prices, I have to rethink going to AK Bistro regularly. Once or twice a month maybe, but definitely not weekly. 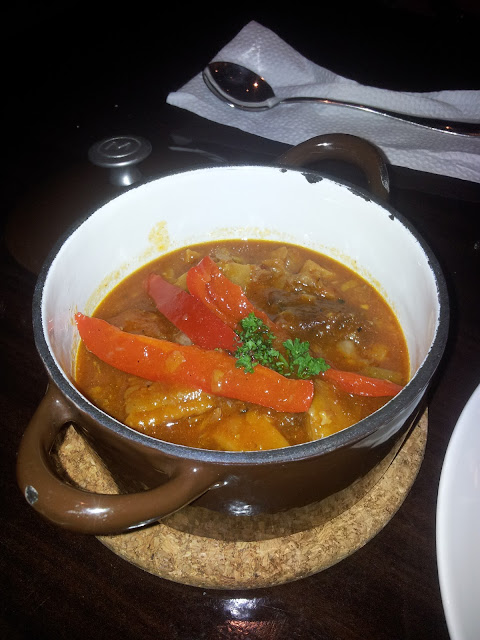 That's the callos for ~PHP450. It felt like an appetiser and while the flavor was alright (I like it saltier), it was rather irritating to see fat and skin strips in the dish. Who puts that in callos? And at that price??? (In case you're wondering about this dish: Callos) 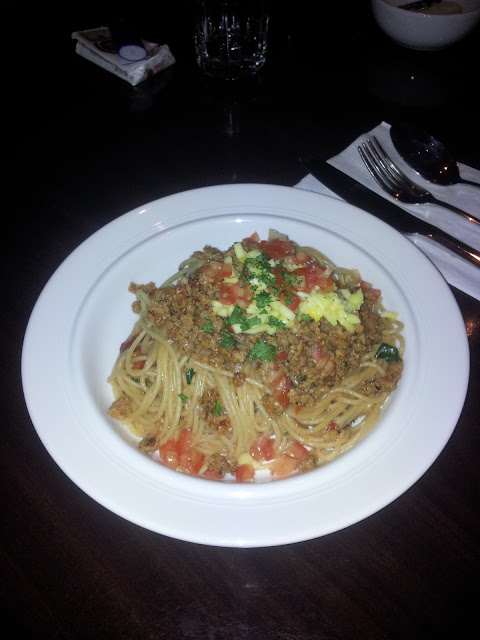 That's the chorizo bolognese, which is a wonderful idea. It just didn't quite impress, though.