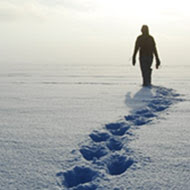 The past few weeks have been rather crazy, for lack of a better word.

I am thankful that I have work, lots of it actually. I have to admit that the stress and busyness of it all has not helped my mental and emotional state.

On the personal end, I received some news. Something I have been waiting on for a long time. It is good news, but it also means having to go through some sticky periods as well.

At some point in the past two weeks, I just found myself totally drained, wanting to do nothing but sleep. I could not give in, of course, and something that a friend told me helped me plod on.

Such a short statement, such a simple one at that, but it holds so much power that I have been repeating it in my head.

When it all seems so tiring, when thoughts go haywire, and the past and present just collides into one tangled mess, STOP.