October 26, 2011
So Il Pirata did die (read my post about its "death"). In its place came T.G.I. Friday's. We've known for a while what the new restaurant would be, but it wasn't till early this week that Friday's opened its doors to customers. Earlier today, I went round Eastwood and inevitably found myself at Friday's for lunch. I honestly don't know why I went since I already knew that the prices would be rather high. I guess it was simply the idea of having somewhere/something new to eat. So up I went the stairs to the open air dining area, which was rather nice. 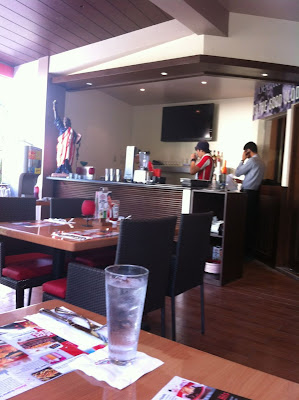 I suppose the nice breeze and the trees had a lot to do with it as well. 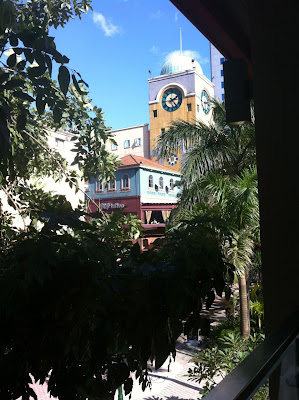 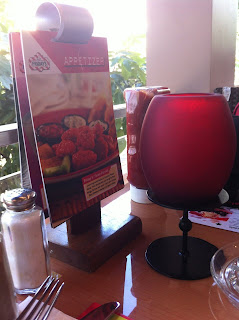 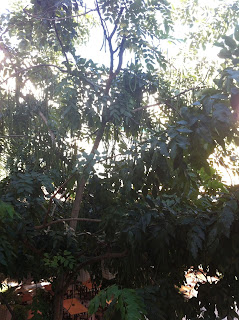 That's where the enjoyment ended, though. I am not being difficult or anything. I guess I was just reminded of why I do not go to Friday's a lot anyway. It took me a while to decide what to have. The several times I have gone there it was always about Jack Daniels food. This time, I decided to try something new. 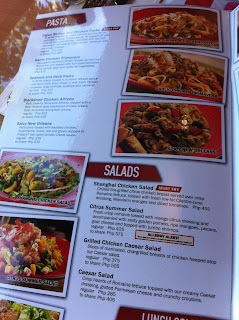 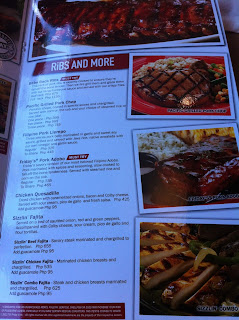 That's the Citrus Summer Salad. For PHP400++ for a regular portion, this was quite poor. Three little pieces of shrimp and mango cubes that were sour... 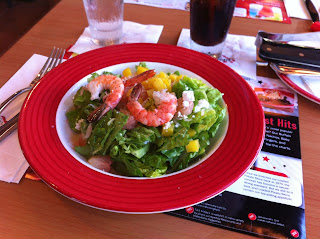 As for the main course, I went local and tried Friday's version of pork adobo. To be fair, the meat was awesomely tender, and the flavor was very nice. However, the portion size surprised me - and not in a good way! 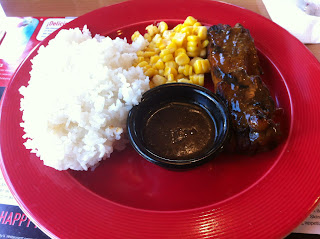 As you can see, that looks like a good sized portion for a STARTER! And at PHP300++, that was such a disappointment!

Needless to say, I highly doubt I'll be going to Friday's regularly, even if it is now in a very convenient location.