September 19, 2011
Today has been a very easy day, even though I have been able to sneak in several hours of work. Late in the afternoon, I decided to go to Serendra and Bonifacio High Street - locations which I haven't visited in almost a year, I think. While there were still a lot of people - a little too much for comfort - it was still much better compared to Megamall on a Sunday.

So anyway, after roaming around for a while, hunger pangs started to kick in. With so many choices, I really couldn't make up my mind. I ended up at this Japanese restaurant called Tatami. It was the quietest place in the area, and Japanese is always good for me, so I thought why not.

As it turned out, it's nothing to write home about. It wasn't bad, but it was poor. I had the Tatami Style Tuna Sashimi and Miso Soup for starters. The tuna sashimi was okay, although the cut could have been better. The miso...it was more like water than miso. 'Nuff said.
I tried the Ebi Chiridon and Beef Curry for the main course.

The shrimp was good - you have to be awful to mess shrimp up! I don't want to whine, but the beef curry was rather poor. I was expecting beef chunks, but I guess their style is to use thin slices of beef. I can take that. The flavor was very weak, though, and I really walked away without feeling satisfied.

I don't know if this was a one-off experience, but I would NOT recommend Tatami if you find yourself at Serendra. Maybe I was just unlucky.

Because of that, I had to walk over to Cupcakes by Sonja to get a nice plump Red Velvet Cupcake. 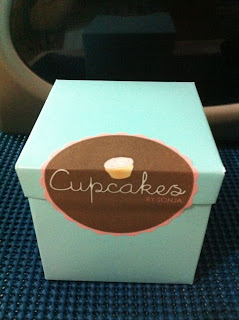 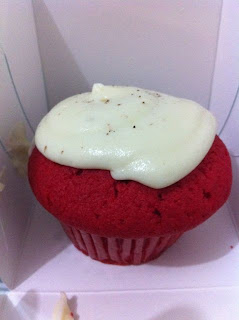 With a cup of home-brewed Lavazza, this made up for dinner.
Reactions: