The "Death" of Il Pirata

May 08, 2011
Il Pirata used to be my favorite Italian restaurant in Eastwood. The place is rather pricey compared to the two other Italian restaurants back then, but at least I was sure to have good food and a relatively quiet environment.

In the past months, though, it seemed that the quality has been going down the drains - not to mention the portion size. The other week, I went there for dinner, thinking that I would be in for a decent meal. I couldn't have been more wrong. 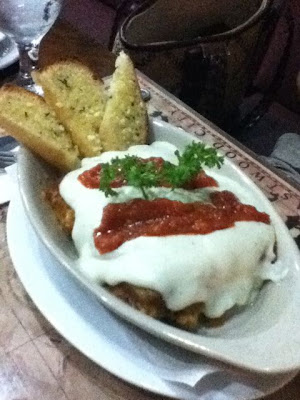 This lasagna looks alright, but it tasted like cardboard that had been soaking for days. I think the dish was several days old! I ate about half, just because I didn't want to waste it, but I wouldn't wish it on anyone. 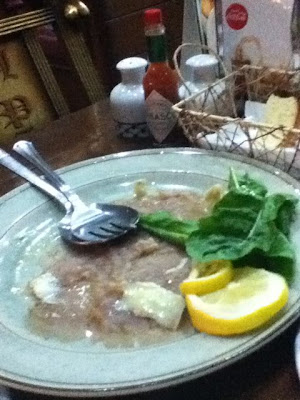 This tuna carpaccio was even worse. It was a disaster, really. You can see by the color of the tuna that it was bad. At first I tried to rationalize it by saying that they squeezed lemon all over the fish - hence the weird color. But even the lemon could not mask the fact that the fish was old. After a taste, I didn't touch it anymore. Even with my life insurance policy, I don't really want to risk kicking the bucket just because of some old tuna!

It was really depressing, because I have always seen Il Pirata as a haven in the hustle and bustle that is Eastwood. It was always a place where you can go without having to have a bit of quiet.

I am not going back to Il Pirata in the foreseeable future, but it will always hold a special place in my foodie heart. Some photos to remind me of the good old times. 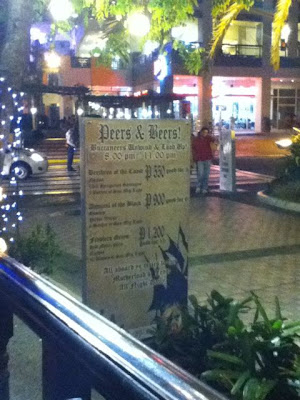 I think this sign is an indication that the restaurant is experiencing hard times. On top of their 50% off promo on weekday afternoons, they are not offering deals for beer and bar chow. 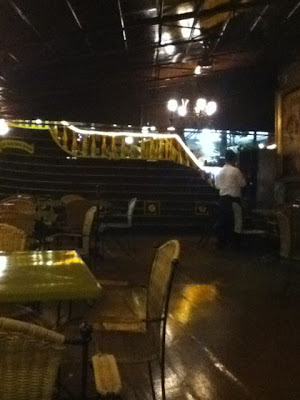 View of the "ship" where we've had many a fun night. 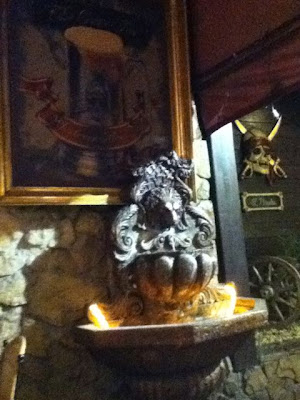 The water feature from my favorite "working space" outside. 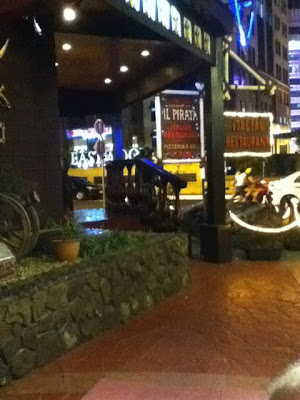 The entrance to the restaurant.

Things change. Now I have to try Italianni's again for some good Italian food.