February 11, 2011
Iloilo City in Western Visayas has always been one of my favorite cities in the Philippines - not that I have been to that many. Still, this place seems to have a certain charm that I cannot resist. So, after a couple of years, I find myself back in Iloilo.

For the first night, I decided to try out a "new" restaurant that a friend recommended: Nes and Tats. Their specialties are chicken and seafood - a combination that never goes wrong with me. I also did another first - walk the streets of the city! I may not have been wearing super shoes, but I managed. It wasn't that long of a walk and the night air was very pleasant anyway.

Back to Nes and Tats...I have to be honest and say that it was disappointing. One of the things that I love about Iloilo is the food. However, Nes and Tats was just - ordinary. I suppose I could have chosen better dishes, but what I had was not enough to convince me to go back for another try.

Picture time...Here's the sign of the restaurant from the main road. It's on the same side as SM City, and you can't miss it. 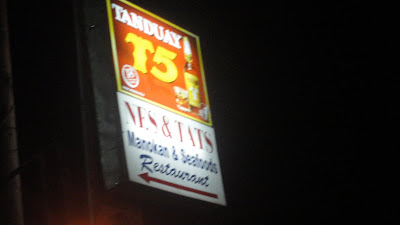 This is the restaurant's facade. 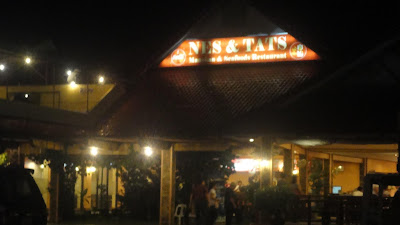 The counter, where you have to order. 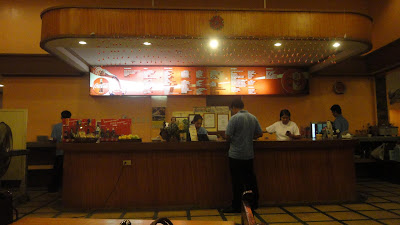 The mini-garden, which at least provided a semi-nice view. 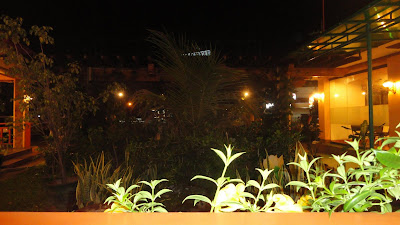 Sotanghon guisado - very bland, but it will fill you up at least. 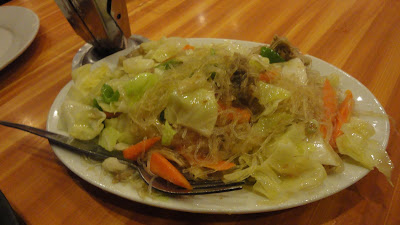 Sizzling crabmeat - very small portion but I suppose it was tasty enough. 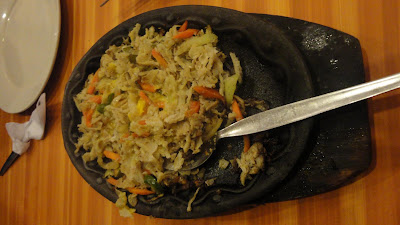 This was the best dish of the night - clam soup called Nylon Shell. It was good and had tons of clams as you can see. I did have to ask for patis (fish sauce), though, and got soy sauce instead. ;) 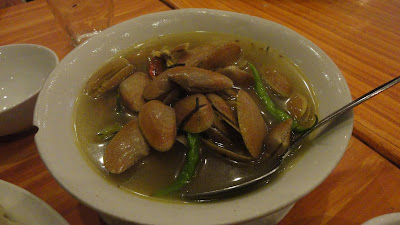