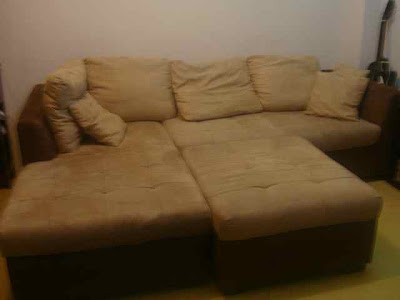 Time to set Operation GR in motion! I am selling some stuff that I will no longer need in the near future, and this is the first (well actually second - have a prospective buyer for the poker chip set) to go: the couch.

I hate to sell the couch, but really, what would I do with it? 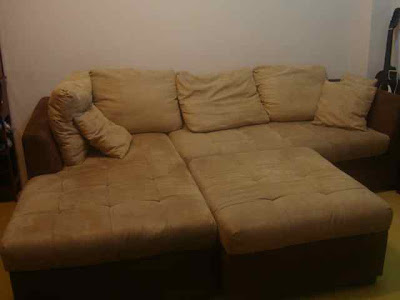 It's not covered with matouk linen, but it is very very comfy - ask anyone who has had the chance to sit on it. I think practically everyone who's used the couch has fallen asleep! It does have a few tiny holes: 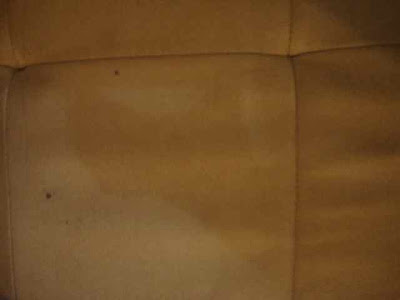 And that's why I am selling it for less than half the price I paid for it. It's 1 year and 3 months old, and I'll be ready to hand it over first week of October.

If you know anyone who's interested (and lives around Metro Manila and its suburbs), please let me know.

Up next...dining table. I just need to take photos and it's not very organized right now. ;)