March 08, 2010
One of the things I was apprehensive about when this trip was still in the planning stages was the hotel. From what I saw and heard, hotels in Vietnam are not really like the hotels you "normally" see. Nikki chose the hotels, and when we first got there, it didn't look very promising. From the airport, a cab took us to Blue River near Pham Ngu Lao (the backpacker district). We had to go through this really dark and small alley at around 2 AM...nice!

Apparently, the cab took us to Blue River ONE. We had to ring the doorbell several times as the hotel (a tall narrow building that looked more like a house) was all closed up. After a while, this nice lady gets up and tells us that we were at the original building; we were supposed to stay at the new one, about 10 minutes away. Since we were starving, we decided to eat some pho (beef noodle soup that's everywhere). I posted those pics in the previous entry.

Finally, we got to Blue River 2. This is what we saw: 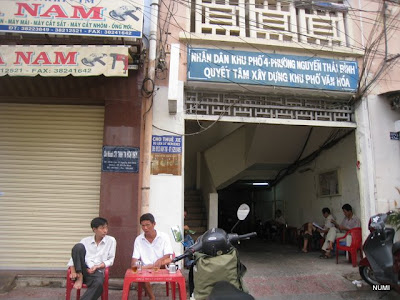 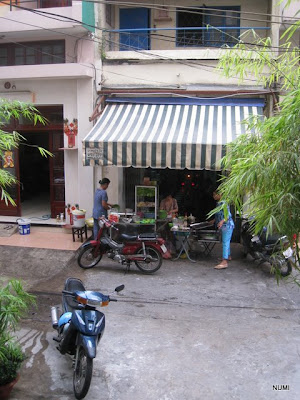 These were taken the day after. I was just a tad freaked out when we first set foot in the alley (enough not to take out my camera).

As it turned out, the hotel was quite beautiful. It's fairly new, and the facilities are really modern. Contrary to what I had read about, the hotel even had an elevator! The plumbing fixture is even better than many average hotels back home! Check out that lovely tub...yup, I was in heaven! 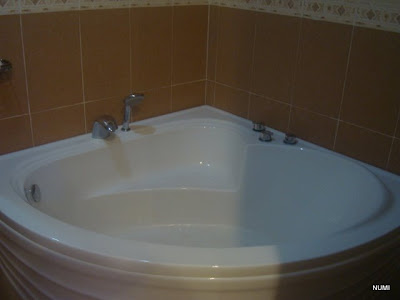 Some art work at the hotel: 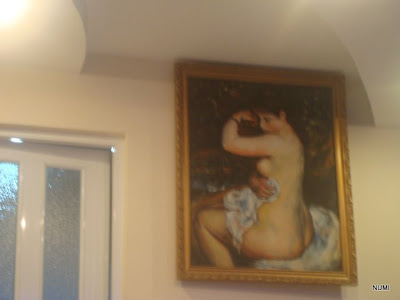 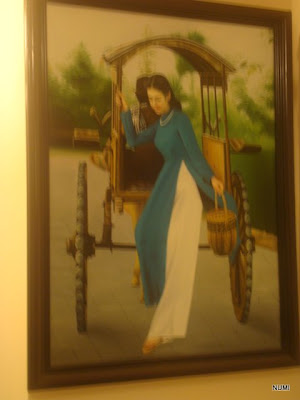 Breakfast right before we went on our walking tour: 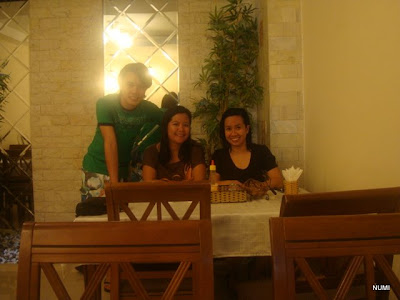 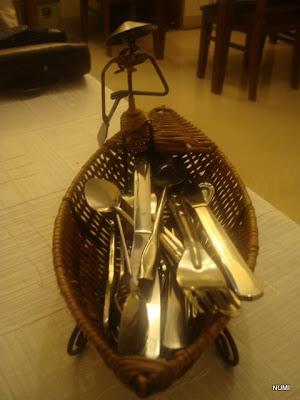 Their woven stuff is pretty. I am trying to find something like this for the house. 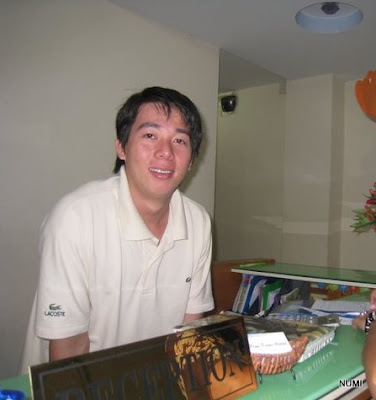 That's Than, who is the best hotel person I have ever met! He did everything for us - he even bought me dinner one night when I was so tired and was looking for something else aside from pho.

We had booked at this hotel for only two nights as we wanted to stay at a "nicer" hotel for my birthday. After going on a day tour outside of the city, we had to check out: 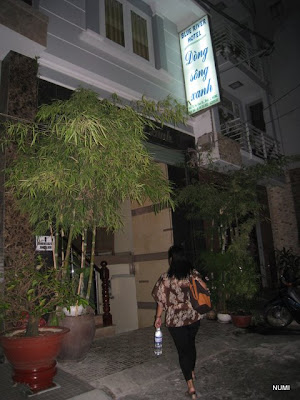 It was kinda sad, actually, as the hotel was really nice and the people even nicer. It's just that the hotel is not right smack in the center of things. However, I would recommend Blue River 2 to anyone who wants a decent hotel for really cheap - $20 for a standard room for 2 people; $30 for a family room for 4-5 people. The latter has a bathtub and two TVs (I don't know why 2).

Next up, either the Binh Soup Shop or the tour to the tunnels and Cao Dai temple - we'll see how I feel later.
Reactions: