January 24, 2010
Ren had been telling me about last night's gig for weeks, and I had always planned on going. I almost didn't go yesterday (it's the flaker in me) but I sure am glad that we went ahead with our plans!
The main act for the night was Ken Stringfellow, who used to work with REM. He has been going solo for quite some time now, but became quite popular as the front man of The Posies. To be honest, I knew nothing - zilch! - about his music before last night. What I had in mind was easy listening music - happy music. At least, that's what Ren told me.
I couldn't have been more wrong - at least with the happy part. Ken has an awesome voice and interacts with the crowd very well. He has some serious vocals and you just find yourself wanting to listen to him all night. The thing is, he sang very very very sad songs. Seriously sad songs. And with his voice, you just might end up wanting to crawl into a corner and never get up. 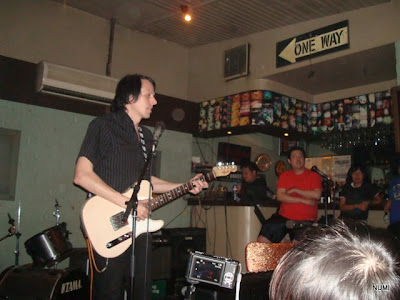 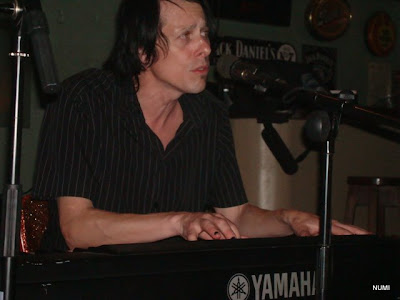 That being said, the night was one of the best I've had. I enjoyed going out with my sister (I think it's the first time in forever that we've gone out to watch bands) and some of my closest friends. 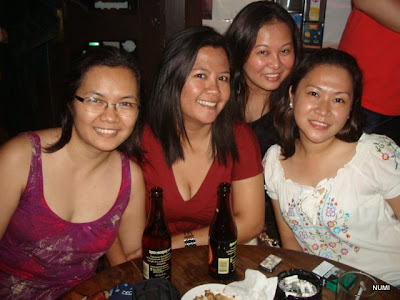 There were other bands, too: 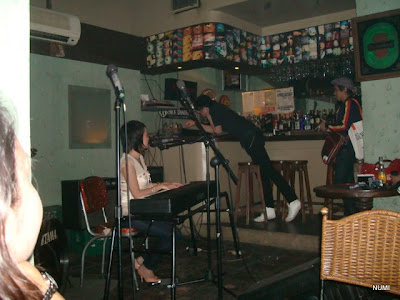 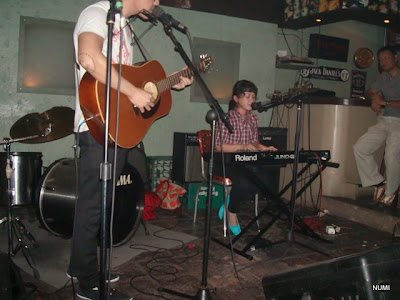 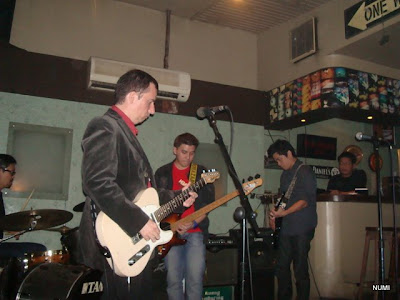 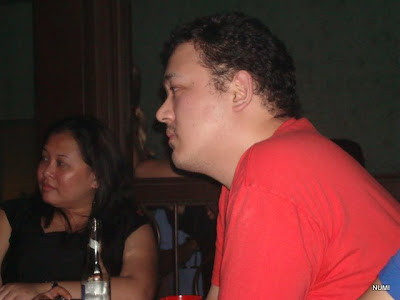 Next gig: Kings of Convenience. They're a bit more mainstream, I think; although the only time I've listened to them was that one unforgettable night - their music calmed me down like nothing else. For tickets, e-mail tickets@kindassault.com. (Sorry, I am not aware of a one-stop site like Branson tickets for Manila events.)
I wanted to share some Ken Stringfellow songs on here but I think I'll do that next time - gonna have to look on YouTube first and see if I can figure out which song is which, but the one that stands out the most has the lines "There's so much pain, pain behind us, pain through us, pain to make us or erase our sense of trust..."
Now do you know why I have that tripod on my head? 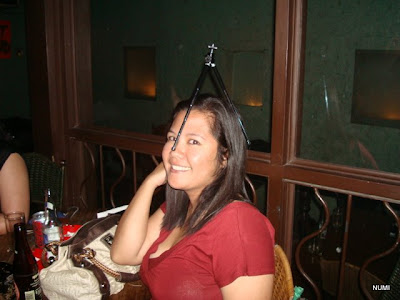