January 05, 2010
The most beautiful beaches I have ever seen are in Caramoan. I am sure I haven't been to more than a mere fraction of the world's beaches, but the islands we saw in two days of island hopping made everything else in my mind disappear. Just take a look for yourself and you'll understand what I mean. 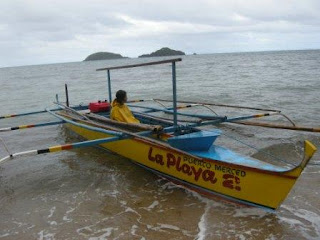 It didn't start out well...as we pulled out of the resort, it started raining. Have you ever tried boating with a raincoat on? It's NOT fun, I tell you. Well, okay, it was a new experience and it was funny after a while. 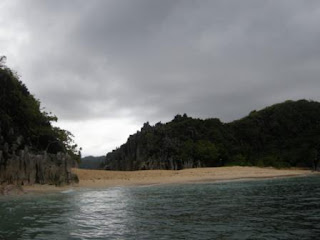 Lahus (Lahos?) Island. The weather was not cooperating at first. 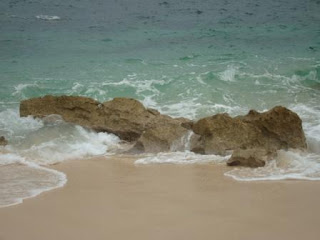 In the middle of Lahus Island, there is this spot with powdery soft sand. 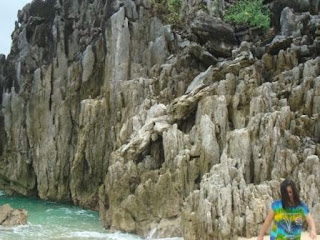 Rock formations are awesome - even better when the sun came out. 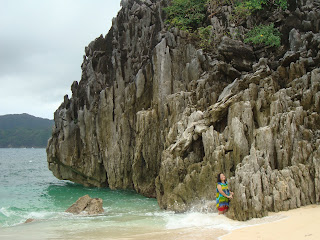 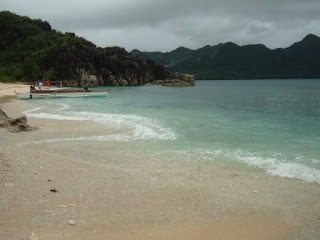 I think this is still Lahus Island. 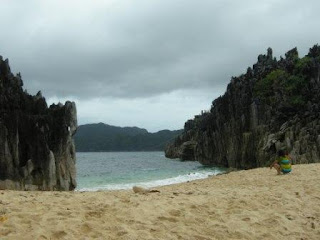 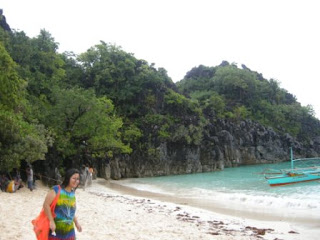 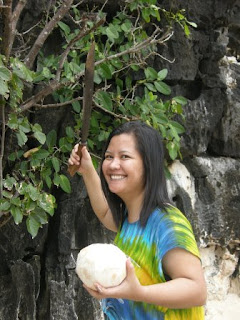 Would you believe I prepared that buko (coconut) myself? Nah, I just borrowed the bolo from our boatman. I had lots of fun with it. 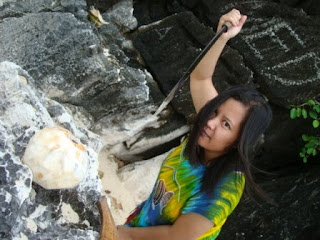 See. I love that bolo. 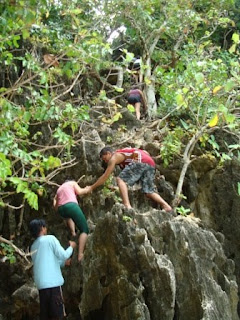 There's a lagoon up there with a ginormous bangus (milkfish). Legend says that this is the guardian of the lagoon and that if someone catches the fish and eats it, bad luck will fall upon him. I wanted to see it - not catch it - but the rocks were too sharp and the climb too steep. I hate my fear of heights! 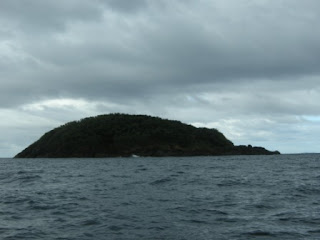 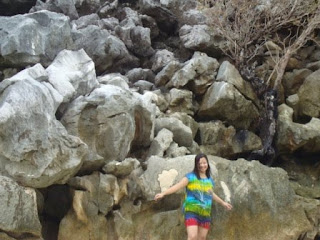 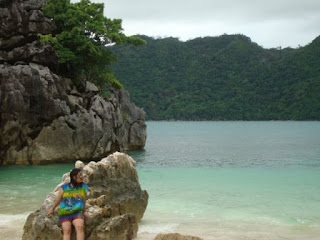 The most serene spot in Matukad. 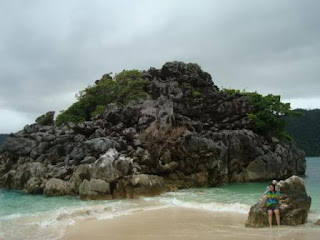 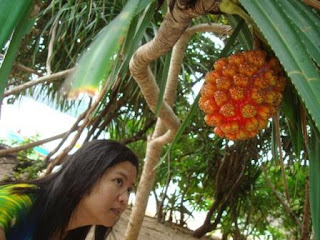 They say it's a pandan tree. Looks like a pineapple, doesn't it? (Except we know that pineapples don't grow on trees!)
There are two main groups of islands in Caramoan. This first set is in the northern part, and was quite near to our resort. It only took us about 3 hours to go around. There were actually more islands that we wanted to go to, but the December waves proved to be too much. We also went to a couple more islands but I just cannot figure my photos out anymore - too many!

Day 2 of island hopping (down south) up next!