January 03, 2010
Before I actually got to visit Caramoan, I didn't believe that there weren't more than a handful of resorts (at the beach) there. When I did get there, though, I knew I was wrong. Aside from where we stayed at, there was only one fully functional resort - Gota Village. This is the resort that everyone knows about, as it is owned by the Governor of Camarines Sur. I think it is the one that they show in the ads. While it has all the amenities that you would want during a vacation, I was quite disappointed with the beachfront - it was a tiny strip of brown sand. I called them up on my second day at La Playa (reasons to be discussed in the next paragraph) but they were fully booked. I am kinda glad that I didn't end up staying there and paying much more than I could afford.
So about La Playa Resort...it is owned by the same people who own Vista del Mar, an inn far from the beach. This resort is situated right on the beach, but my first glimpse really made my heart sink.
That's the beach - dirty-looking brown sand with lots of dead seaweed: 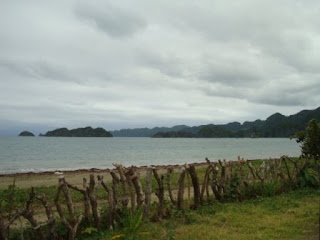 The "clubhouse" looked really nice, though: 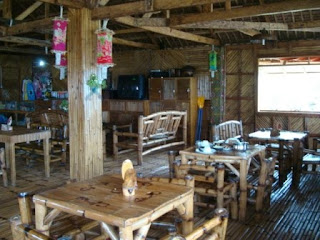 That's the cottage we stayed in - just one room without a bathroom. 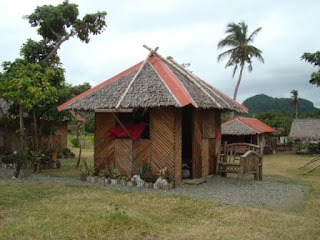 And that's why I wanted to move to Gota Village. The bathroom was about 50 steps away - it just about killed me, seriously. I didn't have any choice, though, and the stay turned out to be good anyway (except for the bathroom issue).
La Playa was originally meant to be a campground/picnic site. They opened early in 2009, hence the lack of amenities. The staff and their service more than made up for their lack of amenities, though. Ate Omie, Ramon, our bangkeros, and everyone else made us really feel at home.
The room costs PHP800 per night, without aircon. There is actually an A/C unit but the December winds already chilled me to the bone. There is no set menu at the resort. They'll tell you what they have in the kitchen and ask you what dish you want. Here are some of the dishes they made for us. They cost anywhere from PHP150 to PHP200. 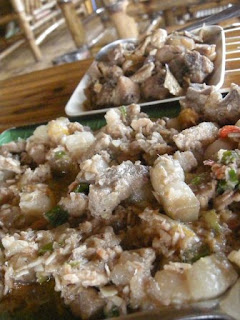 Bicol Express at the bottom. I don't remember what the other dish is. 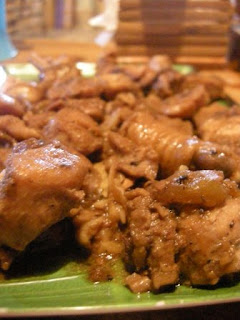 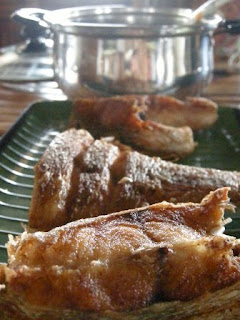 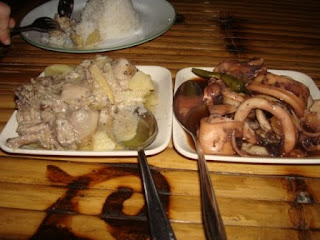 We also had laing - gabi leaves in coconut milk - but I can't find the picture. One thing I can say - their servings are HUGE and the food is very tasty. In fact, after each meal, there were leftovers which they would keep and heat for the next meal if we wanted to eat them again. By the second day, I was ordering HALF servings so as not to waste the food!
So would I recommend staying at La Playa? If you can hack not having your own bathroom, YES. I have to say that I will wait till they finish building their new rooms (with bathrooms!) before I even think of going back, though.
There was another resort that I saw while walking around the barangay - Breeze and Waves Cottages. It was still being built, so I am not sure if they are operational already. I did find a sort of a bar at the end of the beach and stayed for a drink. All they had was beer, Matador, and a bottle of Vodka (they were selling the whole bottle so I passed). 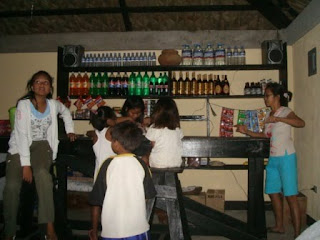 The funny thing is that there was another lady at the bar and I overheard her say that she lived in the same neighborhood as I do. As it turned out, she was staying at Gota and she lives in the building right across the street - I can actually see it as I am writing this. Small world, indeed.
As I mentioned in the previous post, there are other inns in the town proper, Centro. A popular place - popular because I read about it a lot online - is Rex Tourist Inn. The building is quite unimpressive, though, and a friend told me that he wouldn't recommend staying there. He stayed there a year or so ago and found the rooms to be small, stuffy, and infested with your friendly neighborhood roaches. A better alternative, according to some, is La Casa Roa. They are supposed to offer the best service in the area. The building looked really nice but I didn't get a chance to look around. I really discourage staying at the town proper, though, as it really is NOT near the beach at all. If you get stuck in a rut on the way to the beach, you'll be in dire straits as there probably isn't any 24 hour towing service in the area!
Seriously, I cannot imagine the hassle of having to travel to and from the beach every day. It's a waste of time and energy. If I were you, I'd wait till March - La Playa will have been "upgraded" by then - or cough up a little more dough and stay at Gota Village. As they say, you have to pay to be pampered.
More pictures of La Playa. 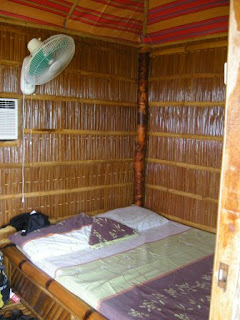 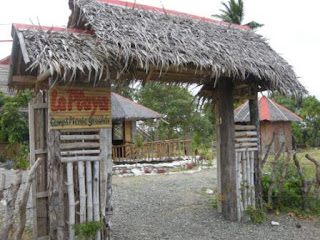 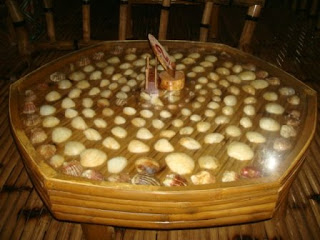 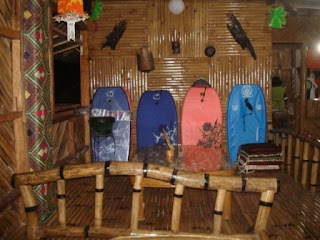 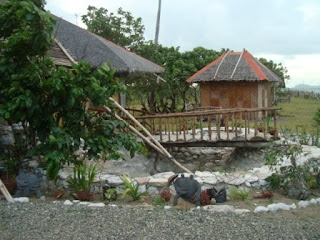 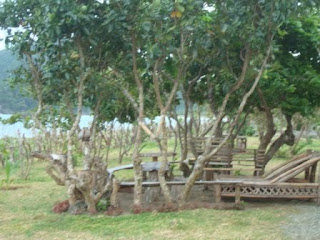 As you can see, it's not that bad. In fact, it was pretty cozy. Still, I am so proud of myself for having survived a week with the bathroom outside. Thank God I packed lots of toilet paper, a bottle of toilet seat sanitizer, and a bottle of alcohol!
Next...the amazing islands of Caramoan. This you have to see!