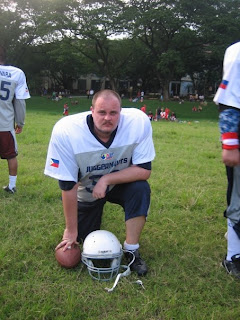 I should have posted this way earlier but I got caught up in other stuff. Anyhow, we had a great time on June 27 when we went to UP to watch Jerry's (first official) football game at the Sunken Garden. Silas had so much fun that he suddenly wanted to become a football player. Can't see much of the players as we were quite far. 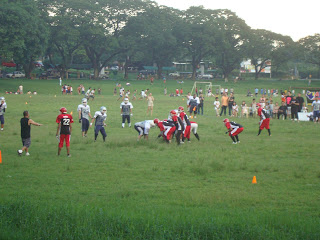 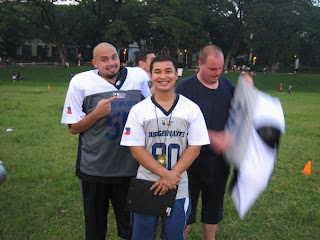 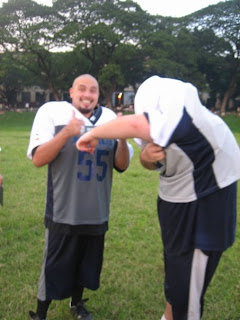 Goofing around after the game 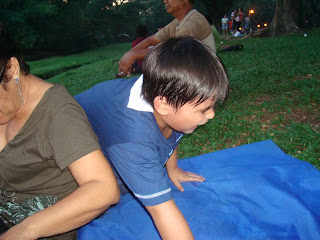 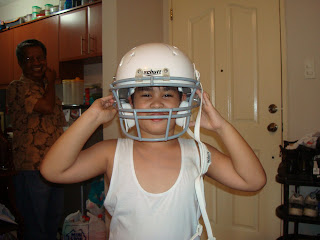 After the game, we decided to go to Tong Yang for eat all you can shabu-shabu and grill. You really should try it - 500++ including drinks. It is so worth it! 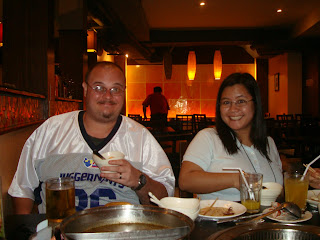 Yeah, we are in heaven!

Next game is on Saturday. Maybe I'll get better pics this time around.