March 22, 2009
This post is long overdue. We've been back in Manila for two weeks, and the effects of our vacation have long dissipated into thin air. Anyhow, for those who might be interested in visiting Cebu City, the designated "Queen City of the South," here is some info.

How to get there
Cebu is perhaps the easiest and cheapest destination if you want to take Cebu Pacific. They always have promos and they have so many daily flights to and from Cebu. In fact, I already checked tickets prices for September (for our Moalboal trip) and it would only cost us a little over PHP1000 (roughly USD20) roundtrip.

Once you get to the Cebu Airport (this is in Mactan Island), you can rent a car to take you to your hotel, unless you have arranged transportation with your hotel. We were going straight to the pier to go to Bohol so we had no choice but to take the rental car. It wasn't that bad, PHP280. We were also lucky with our driver, Mang Jun. He was very pleasant and even agreed to drop by KFC since we hadn't had breakfast or lunch yet.

Getting around
We ended up hiring Mang Jun for the day when we came back to Cebu. His charged PHP2500 for 8 hours, including pick up from the pier.

You can opt to take cabs around the city, or even the jeepneys. There is no lack of transportation all throughout the city. We just didn't feel like waiting around for cabs and haggling with drivers about the fare. Also, Mang Jun pretty much knew where to go and what to see.

What to see
As with many other tourist destinations, Cebu has a list of "must visits." First we went up the mountain to get a glimpse of the city from above. I learned something new that day - Cebu City is in between mountains and the sea! I didn't know that before.... The view from the top was awesome, and we got there just in time because a few minutes later, the rain started to fall. 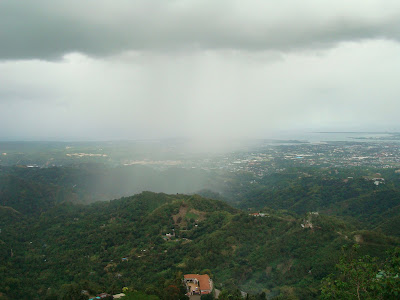 Next stop was the Taoist Temple. It is strange that the temple is found right smack in the middle of a posh subdivision (guess what it's called? Beverly Hills). The temple itself was BEAUTIFUL. Take a look at the pictures and you'll understand what I mean. 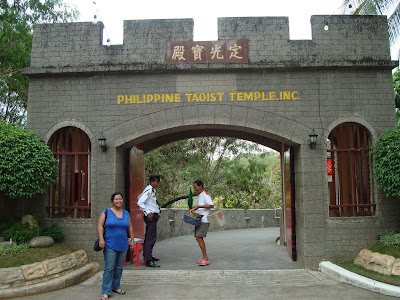 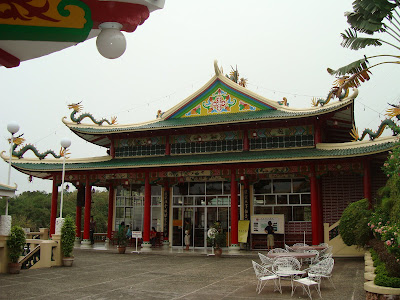 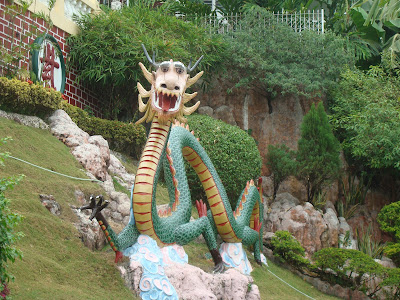 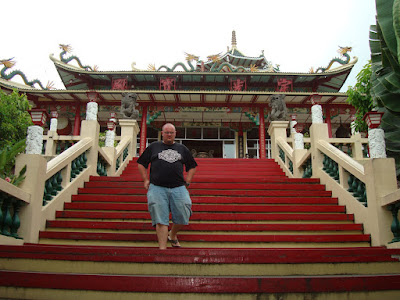 From there, we went to the oldest street in the Philippines, Colon Street. There really isn't much to see - just a street and a monument. 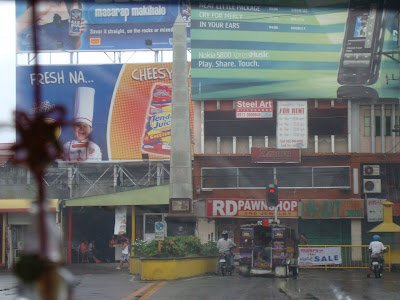 We passed by Magellan's Cross (Magellan is the Spanish explorer who discovered the Philippines in 1521). Since it was raining and there were countless supporters of the Mayor holding a support rally, we didn't get out of the car anymore. 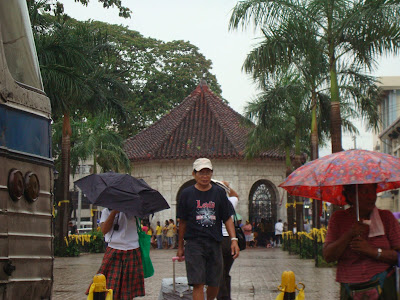 Here is the oldest triangular fort, dating back to the Spanish times. 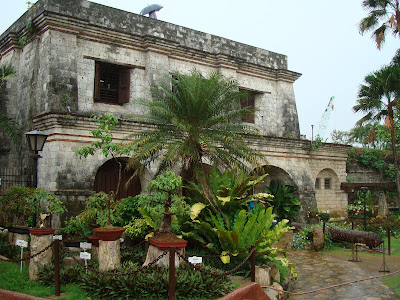 We missed out on the place where they make guitars. I was already tired by then and we wanted to freshen up for dinner, so we went back to the hotel and got ready. Manong Jun took us to Crossroads. It's like this little area in town where you can find good restaurants, bars, and other establishments. We were going to eat at Lai Garden, where they have life seafood, which they will cook for you. Unfortunately, they did not have a grill! But take a look at this weird creature. The waitress said it's called a mantis. I think it looks like an alien lobster. 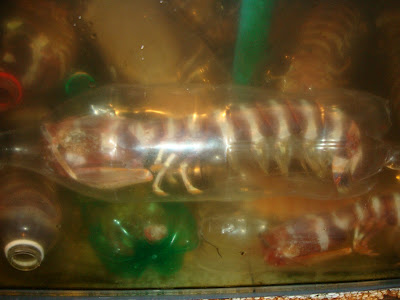 We ended up eating at this resto bar called Blue Bayou. The food was good, the drinks excellent. I found myself downing a mojito and Long Island ice tea...needless to say, I had to go back to the hotel and relax after that. 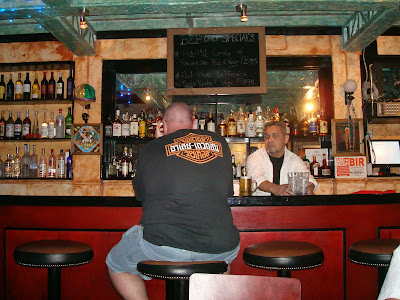 Where to stay
Hotels abound in Cebu. I really do not know much about the hotels there but I would definitely NOT suggest staying at Golden Peak, where we stayed. The bartender makes a mean pina colada, and the staff is very hospitable. However, everything else will just frustrate you. The rooms are a bit shabby, they charge 40 pesos for an extra pillow, the bathtub is small and the bathroom fixtures a bit icky, the hot water goes on and off, the remote control didn't work.... It was not the best experience. But since we only stayed there for a night, it was not that bad. If you have money to spare, just go for the Marco Polo. I haven't heard anyone complain about their stay there.

The Lowdown
I didn't particularly enjoy Cebu. I mean, I had fun visiting the sites but I do not have the desire to go back just for the city. Perhaps I did not get to see enough, but I would really rather go outside the city and discover the beaches. Moalboal!!!
Reactions: