February 22, 2009
We normally spend Sundays at home but as you may already know, Koryu got me worried Friday night so I decided to go to SM North to have her checked where I bought her. Unfortunately, the guy said that I had to take it directly to the MSI service center. The good news is that there is one right beside Eastwood. Then again, when I got home, the discoloration on Koryu's screen had disappeared. Perhaps it was due to Mark's (brother-in-law) uninstalling and re-installing of the graphics driver.

Anyhow, we also took the opportunity to spend time together as a family. Jerry wanted to eat at Gumbo so we did. It was really a pleasant experience - from the ambiance to the flavor to the service. I was quite surprised because the last time we ate at Gumbo - the Mall of Asia branch - I was not really impressed with the food. It was good, but I didn't feel the craving to go back.

The food at their branch in The Block was quite tasty, though! We ordered steamed clams for the appetizer: 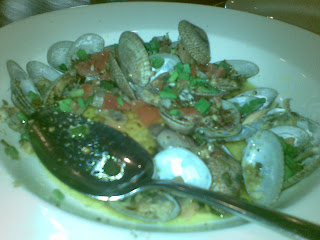 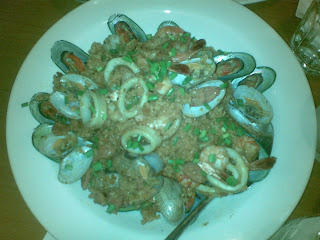 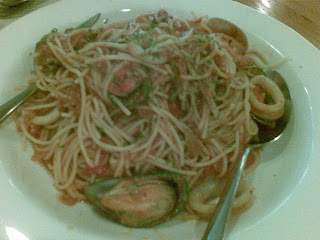 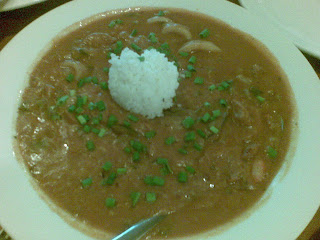 Seafood Gumbo
Sam had a blast as I suppose he had sensory overload. From the sounds - jazz - to the myriad of colors (Mardi Gras!) and the wonderful flavors - Sam had a wonderful time. He couldn't get his eyes off this lady server: 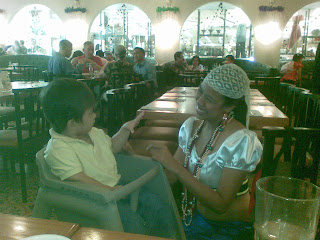 And he couldn't get his hands off the food: 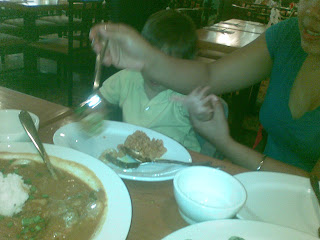 As usual, he kept staring at his Uncle Jerry. 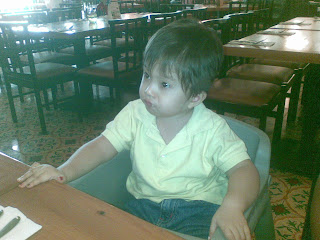 When it was time to go, I couldn't resist taking another picture. 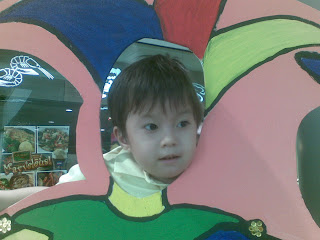