Trip to the Doctor, New Baby, and the Baconator Challenge

January 25, 2009
It's not what you're thinking. Allegations that I am in the family way have been flying around like anything, but I am NOT - just checked the other day. 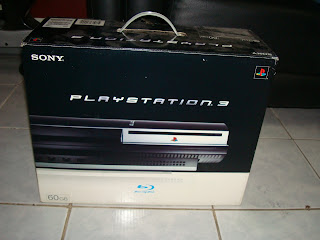 Anyhow, you know how Jethro (our PS3) conked out on us...we took him to the doc (Datablitz Megamall) yesterday for a check up. They're sending it to their tech guys and we won't be hearing anything till Tuesday. Naturally, that left us in a really dark mood. Oh, and right before we left the house, we discovered that Jerry's new phone was missing. We're unsure as to where it is but the consensus is that it somehow got lifted off the store again. Go figure. They say bad things come in threes - at least we're done:

One, the lamp exploded.
Two, Jethro conked out.
Three, phone is gone.

Going back to yesterday, we decided to lift our spirits by taking on the Baconator challenge at Wendy's. So what was it like? 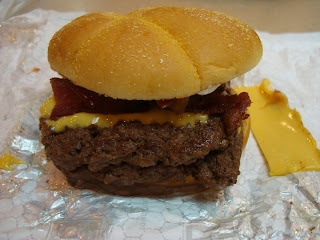 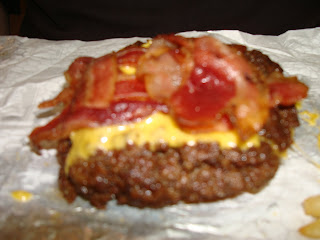 It was big - as you can see - but I have to say that it is not extraordinary. It tasted just like any Wendy's burger, minus the veggies, which I missed sorely. The sheer size is enough to intimidate anyone with an average sized appetite, though. I thought that I ate a LOT but I lost the challenge - I had about 1/4 of the meat left but Jerry won. 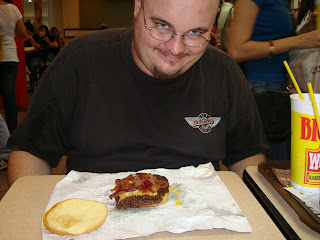 After that, we went around the Cyber Zone looking at phones and mp3 players. We spent a good 2 to 3 hours on this as I could not decide on what to buy. I almost walked away empty handed but I couldn't resist. Meet my new baby, Kvothe. 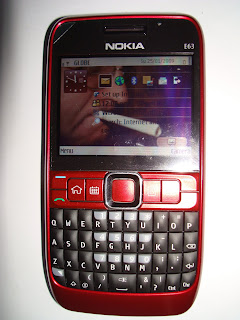 I actually tried out the iPhone and the iPod Touch at the Apple store but - I hate to say this - I had a h&*# of a time trying to use the virtual keypad on them. I still want the Touch, though, but practicality won out. It's way too much right now - I could buy a new PS3 for the same price! Maybe for my birthday...

So when I found this red Nokia E63 for a good price, I decided to go for it. I have been playing with it all night and I am having fun!

Can anyone guess where his I got his name? (Go Vicki!)