December 02, 2008
Trust me to highlight the consumerist aspect of things. What happened yesterday has deeper significance than the loss of Jerry's cell phone but for the life of me, I cannot think of a more "serious" post title. I suppose it is an effort to make light of the situation? After all, we have more "seriousness" than we can already handle...

Anyhow, Jerry had his first "break-in" at the store just after I left for work yesterday. What happened was that as he was sitting there, a guy walked right into the store - he went past the wooden barrier and just plowed on ahead through the small gap that serves as the entrance. Naturally, Jerry asked to him to please stop and not go in. Since the guy just went on away without breaking his stride, Jerry immediately became on his guard.

This guy handed him a piece of paper, asking for a donation at the same time. Jer said he couldn't read what was written on it - either because it was in Tagalog or it was so old the print was faded. He then noticed the guy's right hand kinda make swinging motions so he stood up suddenly, thinking that the guy was going to hit him or something and try to rob him.

Then Jer asked if the guy had a permit from the barangay people. At that, the guy grabbed the paper from Jer's hand and sprinted away. So Jerry followed him out and saw him jump on a blue and gray scooter.

He went back in and sent me the messages. Only about 5 to 10 minutes later did he notice that his cell phone was gone.

Naturally, what I did first was to try and call his phone. It was already off. Jerry was so angry at that time and decided to go up the road in the direction that the scooter went. You see, he recognized the bike - down to the little details such as color, shape, and handlebars. He also knew the face of the guy AND the road they went is a dead end.

I didn't want him to go but I couldn't stop him so off he went. When he came back this was his story:

He saw the bike parked in front of a house. He went back to look for barangay police and went back with them. A guy came out of the house - an older guy who looked just like the guy who entered the store - and said that the bike hadn't been used all day. Jerry touched the engine, it was still warm. He asked the man if he had kids, the man said yes, but they haven't been out all day, blah blah. In the end, nothing could be done. Jerry didn't accuse him of anything and didn't say anything except that the bike looked just liked the one that was used by the guy who came into the store. Worse, it's plate number started with a TH - the same as Jerry noticed when the got away.

And the barangay police could not do anything.

All this was already frustrating. One, the Razr was gone - it was my birthday gift to him. Two, it had almost a thousand worth of load(prepaid credits that we sell at the store). Three, no one could do anything about it. I knew in my heart that we are never getting that phone back but I still wanted to have the incident reported and so I went home.

The barangay police head couldn't be found till about 9 pm and when I went to talk to him, he was kinda dismissive.

"Ako pa yung napasama sa sinasabi ng asawa mo. Eh yung si [Menor] kamaganak ng asawa ko yun. Hindi talaga yun. Inaway pa tuloy ako." (That guy your husband pinpointed, he got mad at me. He's a relative of my wife. I am sure he is not the one who did this.)

With those words, I got this sinking feeling...nothing's gonna come out of this. Still, I said:

Brgy: Oo pero hindi talaga yun. Ako magpapatunay. (Yes but it's not them. I will testify to that.)

Me: Kasi po, yung motor na nakita, exacto sa itsura nung motor na yun. Tapos po, hinawakan yung makina eh mainit-init pa daw po. (But the motorcycle he saw was exactly like the one that man owns and when he touched the engine, it was still warm.)

Brgy: Hindi! Malamig! Ako mismo humawak. (No! It was cold! I felt it myself.)

Frustration galore! It didn't end there though. I told him I wanted the incident on record. He looked at me derisively as if to ask why but I stood my ground. They pulled out a battered logbook and had his daughter (I assume that it was his daughter) write it up. She didn't even know what she was doing! I just made sure she had the details down, signed it and left.

Sure, I could go to the "real" police. I could go over their heads. What good would that do us? On the one hand, justice can be served. True, it's just a cell phone. But it irks me that even at the lowest level, you can't get things done. On the other hand, if I do that, it will mean BIG trouble for us here in the barangay. They'll definitely make our lives miserable - if not downright dangerous. Tell me what you would do.

I am upset, disappointed, pissed, and frustrated. These are the kind of people that are in "power" and the "common" people can't do anything about unless we want our lives turned upside down. I think that part of my frustration is that I am choosing the easy way out. I do not want the hassle of going through the trouble of sorting it out at the higher level. And this combination of people is what makes the status quo status quo.

On a lighter note...I bought a new cell phone to replace the stolen one. We need it to sell load. The first words out of my mouth at the store: What's your cheapest unit?

And that's how we got from this: 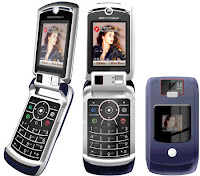 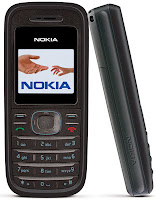