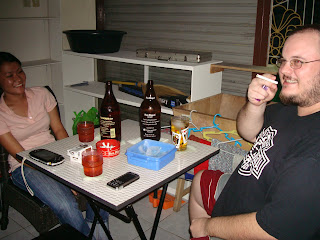 I was supposed to post this a week ago but as you can see, my posts have become fewer recently - thanks to my workload and the store. I have been really busy with all that's going on and it's hard to stay on top of everything. It's a holiday today (Armistice Day in France and that's what we follow) and I thought I'd catch up on some things.

So the other weekend, Lenna and her friend Bob came over to play some poker and drink. It was Lenna's first time playing and sure enough, beginner's luck favored her. We played for a small buy in - 100 pesos (a little more than 2 dollars) - but I had to re-buy several times and still lost in the end! 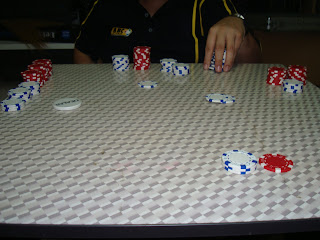 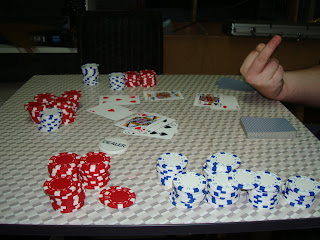 Won some back in the end but lost overall.
It was so much fun, though, that Jer and I have decided to hold another poker night on the 22nd. We don't have much room but everyone's invited. For those who cannot (or will not) play, we can hang out and play on the Wii or PS3 or something.