October 15, 2008
Roast beef is one of my favorite dishes - who doesn't like it anyway? Prior to last Sunday, I had never been able to make it, though. When we got McQueen, I decided that I would finally try to make roast beef. I got some beef from the market the other weekend (sirloin cut) and looked up some recipes online. I also decided to make mashed potatoes and gravy. 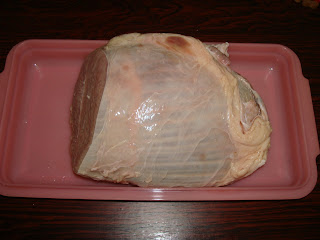 Since this was a first for me, I was a bit apprehensive. Jerry's expectations didn't help a bit...ever since he got here, he would normally compare the (local) food and what he ate in the States. Not that I find it offensive, but when I am the one making the food, it places an additional burden on me.

Anyway, I basically rubbed the beef with salt and pepper. I also made several cuts and inserted garlic cloves. I let that sit for a couple of hours and then put McQueen in high gear - 250 degrees C. After 30 minutes, I turned the roast over. Another 30 minutes and I lowered the heat to about 180 degrees. 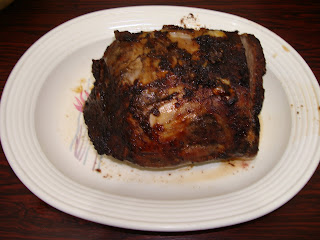 I then got the drippings from the roast and made gravy - a tablespoon of cornstarch, some hot water, salt, and furious stirring made us really thick and tasty (somewhat salty, though) gravy. 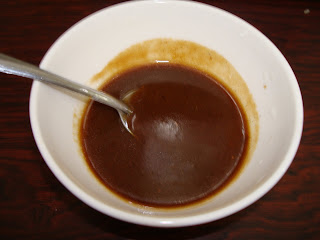 For the mashed taties, I took Vicki's advice. I boiled potatoes for as long as I could, added some cream, a bit of salt, and tons of butter. My arms hurt from mashing them without a mixer but the result was awesome! 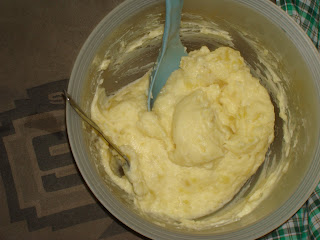 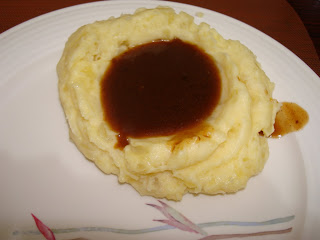 The biggest compliment I've ever gotten from Jerry is enough for me to call the dinner a success: "I feel like I'm home."