On the Way to Puerto Galera with the Family 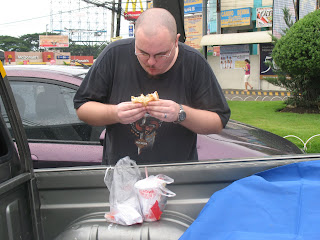 Our whole family hadn't been on a vacation together since forever. That is, until last weekend. Since Jerry and I had a really good experience in Puerto Galera last May, we decided to take everyone with us for Jerry's birthday. We headed out early Saturday morning. As expected, it didn't turn out that well (at first). Jerry is a stickler for time and we all know how families move slowly, especially with kids. There was also a slight drizzle that morning and that, of course, affected our dispositions. Nevertheless, the ride down to the pier was not that bad. We made in about an hour and a half.

The guys at the pier were a bit irritating, though, as they all screamed in our ears trying to get us to take their boat. We decided on M/V Golden Hawk as they were the only ones NOT shouting to be heard. It was hilarious to see how nervous Hannah and Mom were - they were expecting to get on a big ferry. Then again, we were all grumpy after waiting for an hour for the boat to actually leave. 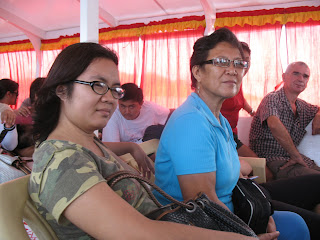 What I didn't expect was that the sea was going to be SO rough. It was exciting at first but after a while, it got so rough that I actually started becoming nervous. Let's just say that sitting up front, I was ready so drenched that I was ready to jump into the water by the time we got to the island. Thank God, though, because the weather was perfect in Puerto Galera - we all jumped into the water after putting our bags down. 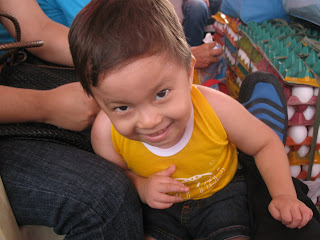