The Genius of Jakob Dylan 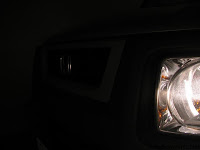 The name Dylan should be familiar enough. Jakob Dylan is the son of rock icon Bob Dylan. He is better known, though, as the front man for the band The Wallflowers.

I have been listening to their album Bringing Down the Horse and as old as it may be (it was released in 1996), I still can't stop listening to it. A lot of the songs are depressing and yet there are some that just make you want to sing along. I think Jakob Dylan's a genius just like his dad was (is).

I keep hearing these lines from One Headlight in my head:

Hey, come on try a little Nothing is forever There's got to be something better than In the middle But me & Cinderella We put it all together We can drive it home With one headlight Well this place is old It feels just like a beat up truck I turn the engine, but the engine doesn't turn Well it smells of cheap wine & cigarettes This place is always such a mess Sometimes I think I'd like to watch it burn I'm so alone, and I feel just like somebody else Man, I ain't changed, but I know I ain't the same

Yeah, there's got to be something better than in the middle...