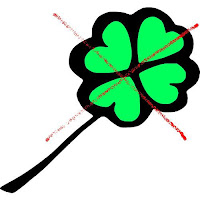 Have you ever found yourself in a situation wherein you have this sinking feeling that it is headed nowhere? A business, a relationship, a job, or any other endeavor - it doesn't matter what kind of set up it is, you just somehow know that sooner or later it would all blow up in your face.

Of course, being the "fighting" person that you are, you would do all that you can within your powers to try and get things straightened out. You would try to convince yourself that you could work things out. That's the idealistic person in you, the college person who thought he could change the world.

During these times, I bet you feel like that guy in Metallica's song No Leaf Clover. "Then it comes to be that the soothing light at the end of your tunnel was just a freight train coming your way."

At this point, you either plod on or move on.