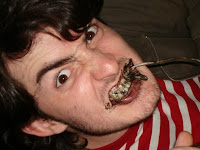 We held a despedida party for Earl on Friday at Rory's Bar in Katipunan. I would go as far as to say that Earl is one of the best friends that Jerry and I have. He's weird. He's quirky. He's smart. He's Earl.

I first met Earl when I interviewed him at ITI. I am normally a keep-to-myself person but I don't know what happened. We ended up being good friends. And I know that despite Jerry's picking on him so much, Jerry cares for Earl like anything else.

So anyway, Earl has to leave because his father is sick (in case someone we know gets to read this by chance). We are going to miss you Earl. 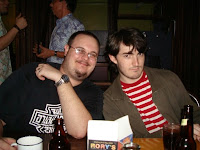 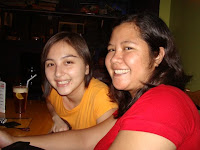 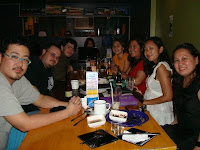 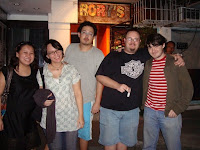