A Day At The Manila Ocean Park

May 08, 2008
I have been meaning to write about our little family trip to the Manila Ocean Park for more than a month now - just didn't have the time to do so until now. I was told not to expect much by Livi. She went there with her husband and baby daughter and said that it was just "ok." I still thought a trip would be nice, especially since not one of us had ever been to an ocean park - with the exception of Jerry, of course.

So how was the experience? I have to say that the park itself was nice. It is true that the fish were still small. The sharks were quite disappointing, actually. 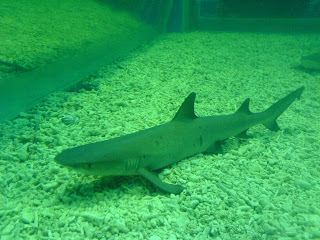 Still, Silas and Sam were awed by the whole experience so it was worth it. 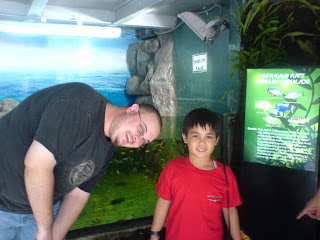 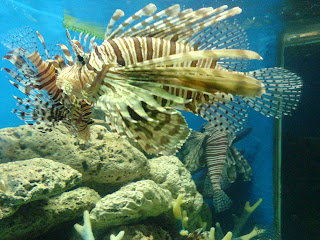 My beef is this - the park has absolutely NO system when it came to touring the premises. They just let people in in droves. As a result, we were all squished and pushed like sardines in a can. I hope that they will do something about that. We just might go back for a visit when there are more sea creatures on display and when the sharks get bigger.