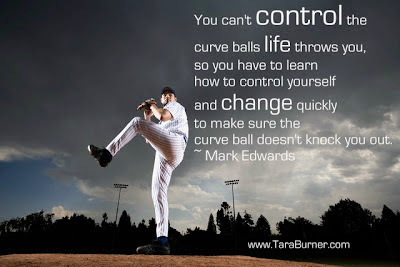 I read somewhere that when man makes plans, God laughs at them. I'm in no position to say what God thinks or does, but life did throw me a curveball at the beginning of this year.

In the first week of January, I was pretty much psyched about everything. Just like most other people looking for motivation to start anew, I felt positive about the new year.

Then I experienced the side of life, which is aptly described by Alanis Morissette: life has a funny way of sneaking up on you when you think everything's okay and everything's going right...


January 3 started pretty much like any other day. In fact, I was on a roll at work when suddenly, early in the evening, I had a heart burn attack.

Nothing out of the ordinary - I have one now and then.

That night, though, it didn't stop, and things just got worse. I was in so much pain - more than I had felt in my entire life.

Long story short, I had to go to the hospital around 4 in the morning, where we found out that I had pancreatitis. What I thought would be a short stay turned out to be an 11-day forced break.

Not to go into the details, but that experience might very well be the most harrowing time of my life - physically and mentally.

I can go on and on with my questions... Why me? Why now? What do I do with the hospital bills, which has wiped me out, with debt to boot?

There's no point, though. What's done is done, and I am only grateful that the pain is gone and that I am out of the hospital.

What I have to face now is the fact that I really do have to make major changes in my life.

No more alcohol.
Apparently, pancreatitis is triggered by alcohol. So, as much as I love my red wine and beer, I really have to give them up.

No more fatty food.
Anyone who knows me also knows how much I love my greasy, fatty food. Here's an old post with some of my favourite dishes. Then there's bulalo, beef shank in hot broth - marrow included! There's lechon baboy (whole pig slow roasted over a spit).

Well, the times when I indulged are gone. My doctor emphasized the need to have a low fat diet - if I want to avoid another tangle with pancreatitis. And even then, there is no guarantee!

Today's only the 5th day since I got discharged from the hospital, but I am feeling a whole lot better - if not 100%. I am still not allowed to engage in physically rigorous activities (like I would in normal circumstances, anyway!), and I am struggling with eating.

Small frequent feedings
This is my mantra now. My doctor kept repeating - together with the warnings about alcohol and fat - this statement.

I suppose I shouldn't struggle with this. The "frequent" part I like, but the "small" part is not always easy.

Seriously, though, what I struggle most with is what I can eat. I tend to go obsessive when I pick something up, and now, I really, really become picky about what I eat.  And then there's the fear of inciting an attack and pain, so I am even more careful about what goes into this hungry mouth of mine.

Wakeup Call
At the end of the day, there's really nothing I can do but make the right choice: plunge ahead and make those changes.

Never mind that all I can think of is food - the food I shouldn't eat in particular. Never mind that I feel like a glass of wine or a bottle of beer.

If I want to avoid something like that happening to me again - or at least lessen the risk - then I have to heed this wakeup call.

Oh, another thing - I have been smoke-free since January 3! It's another habit I have decided to drop. I'm forced to make lots of changes, might as well go the extra mile. Of course, the 11-day confinement also gave me a headstart which I have taken advantage of. (I'm not saying I do not feel the yearning for a drag. I DO!!!)

It's now a matter of creating new habits:

Hola, 2013!
I was full of positive vibes for this year, but I guess the Universe thought differently - at least for the beginning. Despite all the worries I now face - health and finances - I rest assured in the knowledge that I am not alone. If there is one thing that I learned - or was reminded of - during that entire experience, it is this: My loved ones are always there for me. It may sound cheesy, but those days helped me realise many things, not the least of which is reaffirming what's important to me.

With that in mind, I face this year with my head held high - obsessive behaviour notwithstanding.