May 09, 2010
It was the perfect meal to end the day filled with novel experiences. The LRT ride from Recto brought us right back to Gateway, so we decided to eat there. Initially, I thought we would go to Binondo to get some Chinese food, but I guess the Quiapo experience had drained us by late afternoon. So Gateway it was. The first blast of air conditioning was more than welcome, and by that time, I forgot all about Chinese food.

We ended up at Cafe Bola, which is located just outside the entrance to Gateway, in that row of restaurants surrounding the Araneta Coliseum. Apparently, everyone had been there before - except for me. I didn't know what to expect, but I found the decor quite interesting. 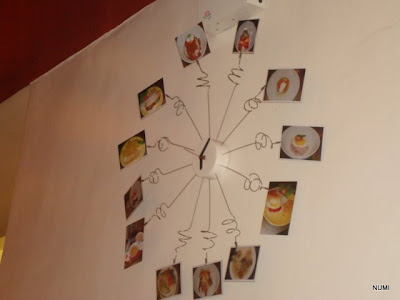 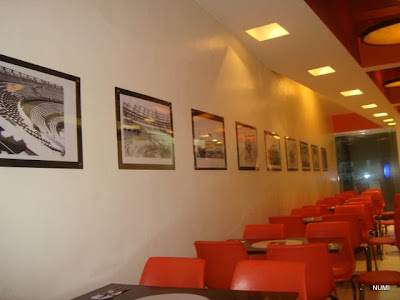 The pictures on the walls were taken when the Coliseum was being built decades ago. Apparently, the owner of Cafe Bola is one of the Aranetas. 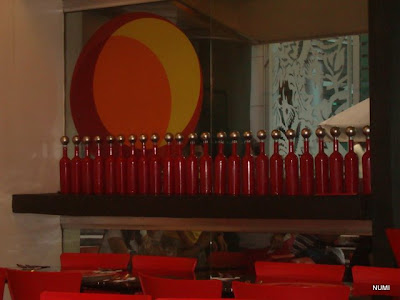 I passed the time looking around while waiting for the food, which, when it came, was simply orgasmic. Maybe I was just starving as I hadn't had lunch, but it was really good. The choices were crazy - spicy tuyo, adobo flakes with kesong puti, bola (meatball) meals, and sinigang na lechon were only a few of the choices. I was so torn, but I was so hungry I had to choose quickly. I just couldn't resist the sinigang na lechon. 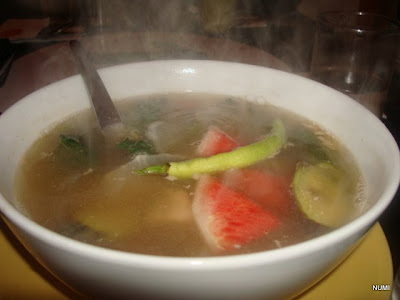 For the uninitiated, lechon is roast pig (yes the whole pig is slow roasted). The flavor is amazing and the meat ultra tender. Sinigang is my all-time favorite soup. It is usually made with pork (or fish) and a mixture of vegetables. The soup is flavored with tamarind fruit to make it sour. Peppers (the huge green kind) is also added for an extra kick. As you can see, lechon is not exactly healthy (and I'll probably need acnepril after that huge bowl with some lechon skin thrown in!). Still, I was thinking that the veggies balanced the whole dish. Another really unique thing about the Cafe Bola version of this timeless dish is the addition of watermelon chunks. I pride myself in knowing all about sinigang but I had never imagined watermelon to be a potential ingredient. The result is mouthwatering!

Now for dessert. Who can resist chocolate? Certainly not me, despite my desire to pass up on sweets. 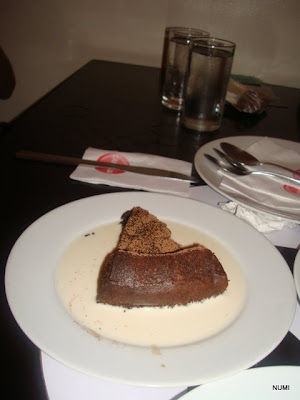 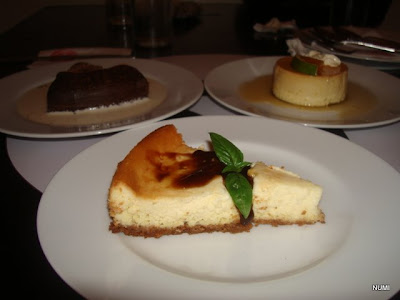 Kesong puti cheesecake with guava jelly on top. The texture is a little different - not as creamy and smooth as your traditional cheesecake, but it was something else! I think the guava jelly made it a winner. 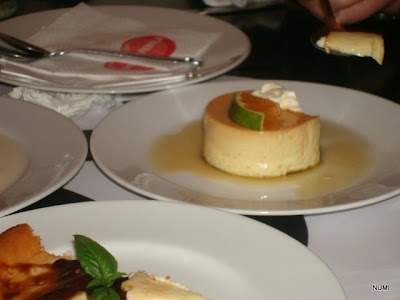 That's the Bola Flan, which is basically much like the other leche flan I've tasted. What made it slightly interesting was the base of dark chocolate, which served as a counterpoint to the sweetness of the flan.

Lots of other dishes were ordered, but I was not able to take photos. Next time I go back, I shall take more photos - and include the menu as well. Regarding the price, it wasn't that bad. We paid around PHP 350 each, and that included drinks and dessert. There were 5 of us.