LT and Numi Do Saigon Part 1

March 06, 2010
Our first day in Saigon is coming to a close, and I have to say that it's one of the most tiring days I have ever had! So far, so good. You wouldn't believe it, but our flight left 10 minutes before the scheduled departure time! We arrived in Ho Chi Minh (Saigon) 30 minutes before the scheduled arrival time! According to the pilot, we had "a wind pushing us," hence the quick flight. The only complaint I had was my original seat didn't recline. Lucky me, there were rows of empty seats up front, so I was able to move.
So we arrived at the hotel around 3 am. We were actually in the city center around 1 am, but we decided to go and eat at this all night pho place: 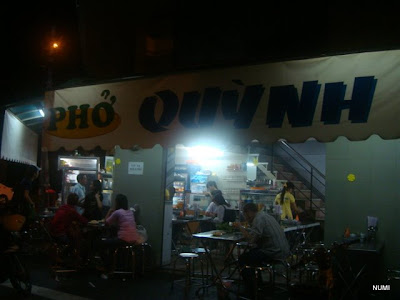 All I can say is that it's the best pho I've ever had - not much experience except for Pho Hoa and Zao Cafe, though. 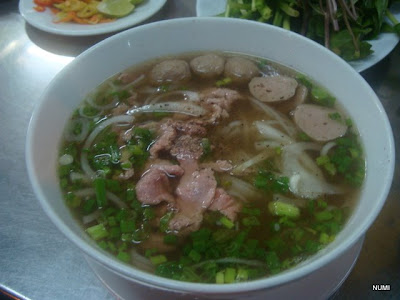 Another thing that stands out is that the people are so friendly. They say that Thailand is the Land of Smiles, but the Vietnamese beat them hands down. I guess if you're a millionaire, you can't help but smile all the time: 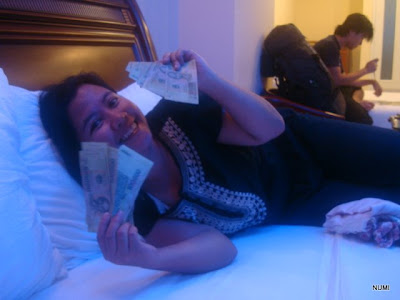 Yeah, I got millions in my hands, baby! (The exchange rate is awesome!)
Oh, and what they say about the motorcycles and driving in Vietnam is ALL true. You won't believe just how many motorcycles are on the streets, and how crazy the drivers are. Manila feels so orderly and safe compared to the streets of Saigon! Seriously, I think that the drivers here have had some sort of testosterone booster! Man or woman - they all drive the same way: like there are no rules. 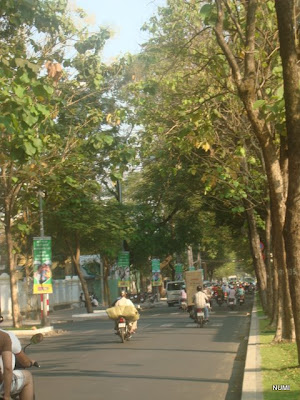 Oh, and they carry everything - and I mean everything - on their motorcycles. See that huge box in the distance? That's a freaking FRIDGE!

Today was a very packed day. We walked around the city for about 5 hours, maybe more. I wanted to go out tonight and hang out but I am just out of it. Tomorrow, we have to be up at 6 am as we're leaving the city for a day tour. In the meantime, here are some photos of what we visited, thanks to LT, our navigator. She's hard at work in this picture! 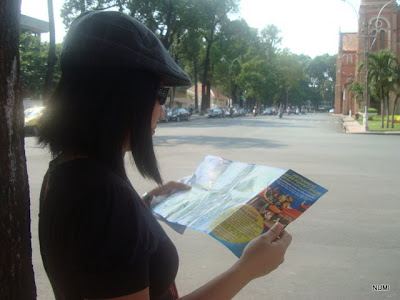 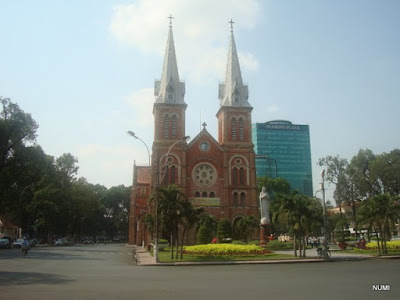 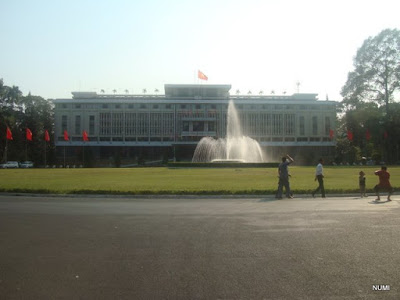 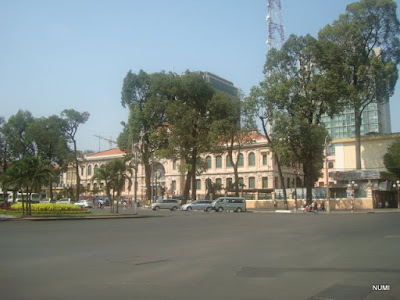 People's Something Palace (Sorry, I almost passed out with all that walking. I can't remember all the details!) 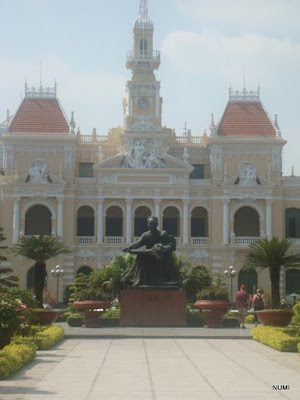 At Pho 24, a popular food chain where they serve (you guessed it) pho. I had to take a break on my own as Nikki and Tim had way too much energy than I could handle. 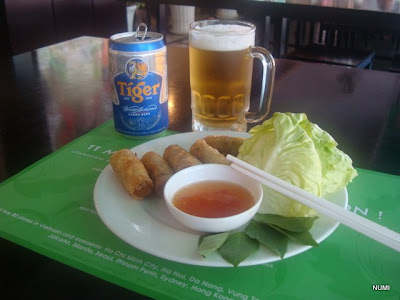 Fried spring rolls and Tiger Beer will energize you anytime! 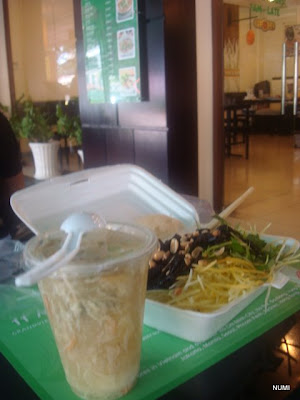 This is street food that Tim decided to buy. The guys at Pho 24 were kind enough to let him bring his food and eat it there. The soup's awesome - it tasted like egg drop soup but better. The papaya salad was weird. The black strips are dried beef, like jerky, but taste awful. 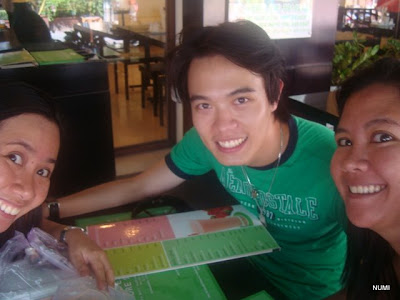 Exhausted but happy. We walked around more after this break, so we had to take another break. 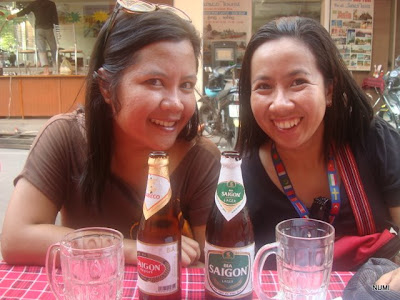 We stumbled upon this hole in the wall place where some tourists were hanging out. Nikki had Green Saigon and I had Red Saigon.

Pho Binh (Binh Soup Shop) - I have to write a separate post about this historical place. It was the best part of our day! 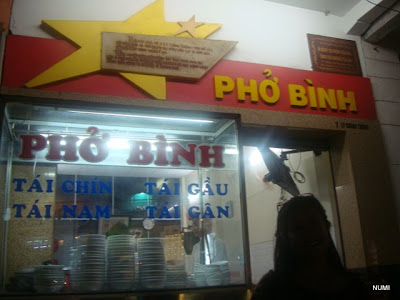