February 20, 2010
Aren't Friday nights fun? As usual, I almost didn't make it to the gig, but thank God I did! Razorback played at Handlebar (yeah, second night in a row) and even though we were late, the set was long enough that we got to enjoy the night. The couple of hours I spent watching the band took me back to those years when I didn't have a care in the world. It was a refreshing experience! 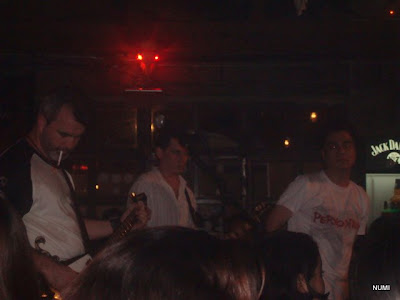 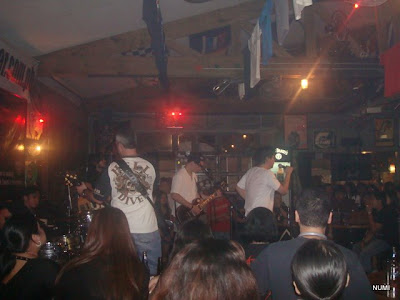 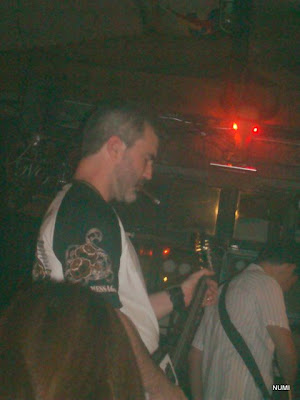 See that cigar? Jan said his family makes it. Isn't that just cool? I've always thought that we only had the Tabacalera brand from here. (Oh and yeah, that's a pretty sight, huh?)

About halfway into the set, I realized that I hadn't eaten so we ordered some tatie skins. These skins were the best I've had. Just one and you'll find yourself quite full! 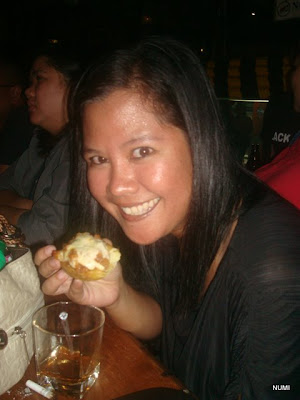 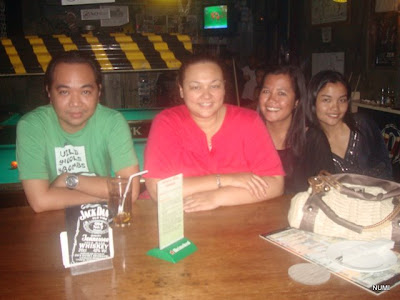 After they finished playing, we hung around a bit chatting. Next stop: Big Sky. It's this nice little bar in...I forget where it is, but it's near E. Rodriguez. The art installations on the second floor were quite interesting. This one's my favorite: 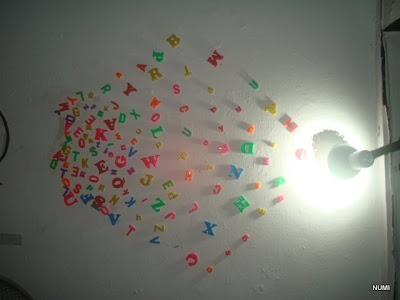 Kevin has tatts on his arm that glow in the dark. He's charging 'em up with blacklight... 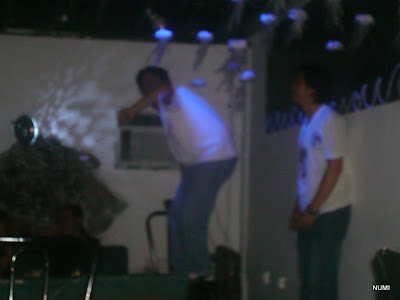 ...but good old Garcia couldn't quite capture the glowing tatts. :( 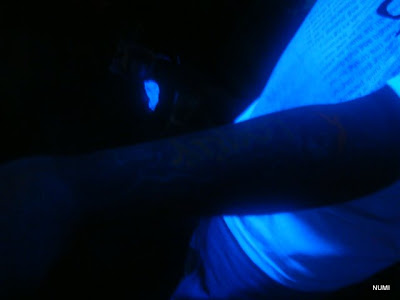 The sun was about to "glow" when I got home, though; and I fell asleep feeling fine. Just fine.
friends Handlebar Bar and Grill music pleasures in life
Reactions: