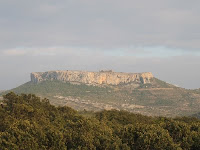 When I started eating less and getting off my butt to actually engage in physical activity, I was so optimistic. I just knew that I would be able to shed those years of accumulated weight. For the first 3 months, I was amazed by the results. I did have to jump start the whole thing with some pills (hormone stuff for PCOS, appetite suppressants, etc.). Someone suggested adipex p but that wasn't what my OB prescribed. Anyway, I did that for a month and then relied mainly on eating less and going to the gym.
In the back of my mind, I knew I was going to reach a plateau sooner or later. I had hoped it was later - much later, when I had achieved my target - but I think I'm there now. I haven't lost much in the past month and a half. Of course, I have to consider that I haven't been going to the gym much either.
I've started swimming though, and it seems that it just might help. After a week or so, I have lost a pound. Or maybe it's just because of my bum tummy! They say the last 10 pounds are the most difficult - and I believe that! However, I am determined to get out of this rut. Any ideas?
diet Exercise pills Weight Loss
Reactions: